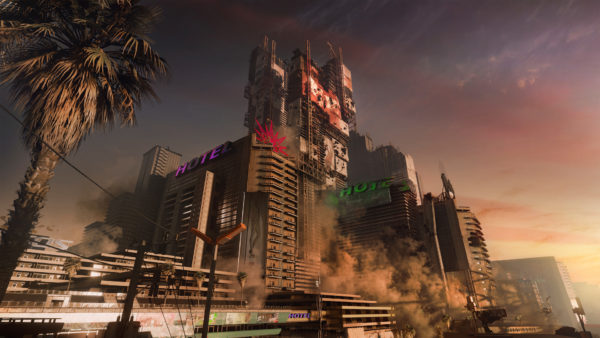 In any CD Projekt RED game, apart from Gwent, exploration is a huge aspect and Cyberpunk 2077 is no different. The open world game that’s set to release later this year allows players to explore multiple districts, each unique it its own way.

Regarding exploration you may have some question and today we will answer then all. The open world is massive and players can freely explore each nook and cranny of Cyberpunk 2077. Right from the get go players can explore Cyberpunk 2077’s map. There is no level restriction on exploration which means you can go anywhere you want.

It should be noted that due to a lack of enemy scaling, going into high level areas early on can get you killed. If you do choose to explore high level areas, try not to provoke anyone or enter a space you’re not suppose to. To travel around the world you can use fast travel, cars, and/or a bike. The game also offers a garage for you to store your shiny new vehicles in Cyberpunk 2077. When the player travels between various districts there are no loading screens so exploration is seamless.

Those who played The Witcher 3 would remember The Witcher sense, a similar gameplay mechanic is available in Cyberpunk 2077. There is a detective mode in the game which allows the player to scan the environment for clues, to solve puzzles, and locate collectible items.

Cyberpunk 2077 is releasing on September 17 for PlayStation 4, Xbox One, and PC.