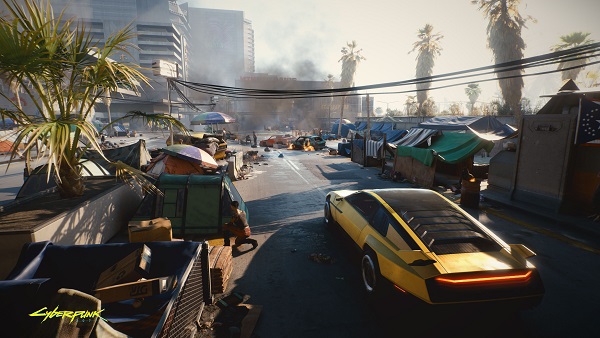 Cyberpunk 2077, just like The Witcher 3, will have various difficulty settings. Choosing the right difficulty setting will depend on how you wish to play the game. The lowest difficulty mode will focus more on the story elements while toning down the difficulty faced when fighting enemies.

Meanwhile, for the veterans who like a challenge CD Projekt RED has a hardcore mode. Hardcore mode will not only make the enemies really hard to beat, but it will also turn off the HUD. There are many downsides to this, for example, players won’t be able to see how much damage each shot caused.

Difficulty settings of Cyberpunk 2077 don’t affect exploration. But since there is no enemy scaling, you might need to be careful in certain areas, as well as avoid taking on missions that put you up against high-level enemies. The system works exactly like The Witcher 3: Wild Hunt. An enemy’s level will be shown right above its head.

You won’t be able to do much damage to high-level enemies, You can still take them on and try to complete high-level missions, there are no restrictions in Cyberpunk 2077. There are character and weapon upgrades that become a must if you are playing on high difficulty settings in Cyberpunk 2077. Moreover, there is a hacking mechanic in the game which means you need to make upgrades to your hacking abilities as well for easier game progression.

Cyberpunk 2077 is set to release on September 17 for PlayStation 4, Xbox One, and PC. Need more information? Check out the Cyberpunk 2077 Wiki.