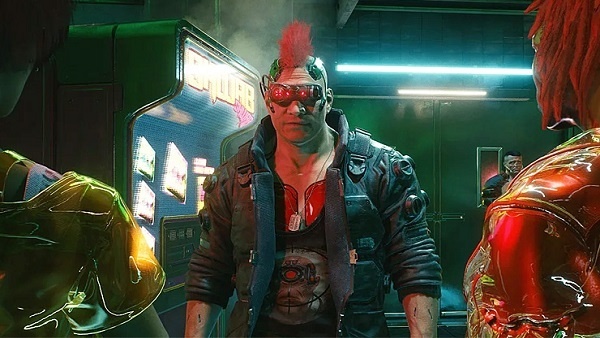 Cyberpunk 2077: How to Beat All Champions in Beat the Brat Side Job

After you leave your apartment for the first time in Cyberpunk 2077 and successfully clear The Rescue Main Job, go to the elevator, couch Fred will challenge you to a fight. Accept the challenge to trigger Beat the Brat questline. After you beat the Android sparring partner you can go and beat multiple champions across Night City. Champions are divided into sub-districts such Champion of Arroyo, Champion of Kabuki, and so on. Below you will find tips to beat each champion in Cyberpunk 2077.

In Kabuki, you face not one but a set of champions. These are twins and if you feel confident enough you can use the opportunity to raise the stakes. The key to winning the fight is to keep moving around and avoid a situation where you face both men simultaneously. Instead, maneuver carefully in a way that one twin impedes the other, chip in some damage, and move back.

At the Glen arena, you will face Cesar who will put his car on the line. Once you beat him using your combat skills, you can choose to keep the money and the car. However, you can also choose to allow Cesar to keep one of them, or you can simply walk away with nothing. Your decision here has an impact on future events. If you choose to let him keep his car or money, he later makes an appearance in the finale, and even send you a picture of his newborn baby.

Champion of the Animals (Level 30)

The fight takes place inside an arena in Rancho Coronado which is also the stage for “For My Son” gig. In most cases, if you haven’t completed the gig or did so with stealth you can find a bouncer at the gate. To enter the area, you can either pay or intimidate him (if you meet the Body attribute requirements.) On the other hand, you skip the bouncer by going in through the shutters on the northeast side of the building. Climb on the red containers and slip through. Speak with Rhino once inside to start the fight. There is no wager on this fight through. It is to be noted that if you already completed the gig in a violent way and killed everyone inside including Rhino, you’ll simply get a free win when you reach the location.

There is a fight waiting for you in Pacifica, it is an optional encounter that doesn’t count toward the “Beat the Brat” side job’s completion. To unlock the optional champion you need to complete “Send in the Clowns” job and wait for a couple of in-game days. You can double stakes before facing Ozob’s attacks are slow but powerful, be quick on your feet as you circle around him. Take him down with quick attacks and after you land a few quick punches on his head the grenade on his nose will explode.

The final battle with Razor takes place in the Grand Imperial Mall. Razor is a tough opponent, focus on deflecting and wearing him down with quick jabs and short combos when you get the opportunity. His weak spot is his abs so try to land jabs on his abs whenever possible.

The Twins will come to see your fight as well as Cesar if you let him keep his car or money. Rhino will also be there if you are yet to play the “For My Son” gig or took out Logan with stealth.