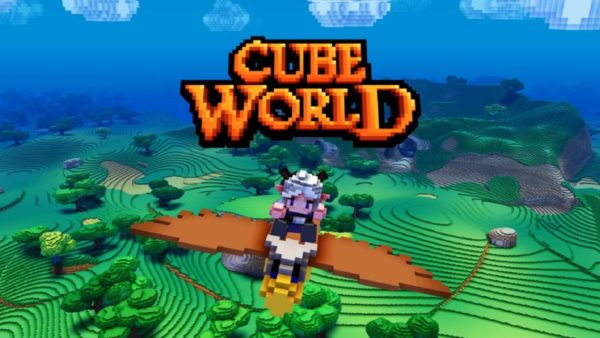 Cube World is out now and there is a lot that you can do in the game. This Cube World Crafting Guide will help you step-by-step in figuring out how the crafting system works and the different types of crafting in the game. Here is what you need to know.

Crafting is an important part of Cube World as it will allow you to craft items that are essential for your survival. Our Cube World Crafting Guide will help you on how to craft and types of crafting.

Crafting in Cube World requires more than resources, you need to have the required power level and the recipe to craft a certain item. Recipes can be acquired from chests or can be dropped by a mob or a boss.

Aside from the recipes and resources, you also need to be at a crafting station. For example, if you want to craft a ring, you need to be at an anvil located in the city.

There are six types of things that you can craft in Cube World. The following is the list of items that can be crafted in the game.

Amulet
Amulets are more difficult to craft in Cube World. The reason is that as you progress through the game, no new amulets to craft will appear in the crafting menus unless you have recipes. Meaning, only recipes will grant you the ability to craft new and powerful amulets.

Cooking
As the name suggests, Cooking allows you to craft all kinds of food which restore health. The level of the meal itself is tied to the player’s level. Meaning, the higher your power, the better the meal you can prepare. Also, you can’t move while eating.

Alchemy
Alchemy crafting allows you to prepare health potions in Cube World. Health potions restore health and potions can be consumed while moving, unlike food. To craft health potion, you require Heartflower and a bottle of water.

Heart flower grows in the forest. As for the bottled water, Bottle can be acquired from the city and you just need to go to a water source to collect water.

Formulas are basically the most basic of crafting resources. In Formulas, you combine resources into the items that you used in Alchemy, Cooking, Amulets, Armor, and Weapons. If you need to collect water for a health potion, you can do so through the Formulas tab while standing close to a water source.

That is all for our Cube World Crafting Guide with tips on how to craft and types on crafting.