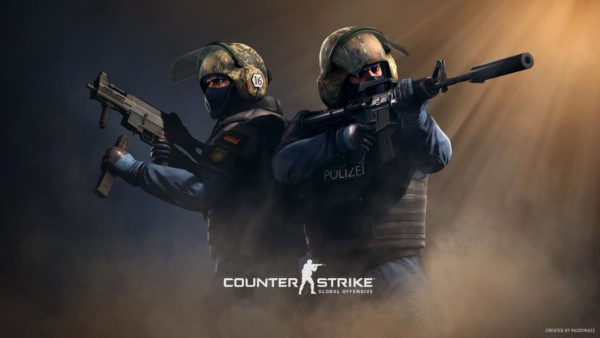 CS GO PC version is facing errors like d3dx9_43.dll Error, disk read error, performance issues, crash at startup, and more. Here I have compiled a list of errors that players are experiencing along with their fixes and workarounds.

Counter-Strike Global Offensive has been around for years and is one of the most popular multiplier games. Despite the game receiving a number of patches, CS GO is facing errors and issue like d3dx9_43.dll error, no audio, stuttering, crash at startup, in-game crash, and more.

Performance is a major issue with PC titles and despite Counter-Strike Global Offensive being not that demanding, players are experiencing random FPS drops and stuttering. Here are a few things that might help you with CS GO PC performance.

First, check your launch options in Steam as the recent update has removed all of them. Open Steam library > right-click on CS GO > select properties. Now type each of the commands below and do it individually and press ok after every command.

If this doesn’t fulfill your performance expectations then here are a few changes you can make that can give you a potential performance boost.

Note that to use the “Fast” option you need at least a GTX 10 series GPU and a high-end CPU. Also, run the game in fullscreen mode and disable the in-game vertical sync if you are using “Fast”.

Players are reporting that they are unable to play Counter-Strike Global Offensive due to Disk Read Error. One reason for the Disk Read error could be that Steam doesn’t have administrative rights.

Right-click on Steam exe > properties > compatibility tab. Check “Run this program as an administrator”. Start the game and you shouldn’t be getting disk read error with CS GO.

CS GO crashing randomly while playing is another issue that PC gamers are experiencing. Here is how to fix the CS GO in-game crash. One reason fr the game to crash is the use of third-party tools and software like MSI Afterburner or RGB software. Disable any third-party software you are using along with the GeForce Experience overlay if you are using it, and the CS GO won’t crash anymore.

If third-party tools and software isn’t the issue then your GPU might be the reason why the game is crashing. Your GPU is either overclocked or old. If the GPU is overclocked, then revert it to its default GPU clock even if it’s factory overclocked.

In case the GPU isn’t overclocked, then the GPU might be having a difficult time handling the game despite CS GO being not very demanding. Use MSI Afterburner and reduce the GPU clock by 100 Mhz and Counter Strike Global Offensive won’t crash anymore. If you don’t want to mess with the GPU clocks, then players can limit the game’s FPS. If you are playing at an unlocked FPS, then limit the game to 60 FPS. In case you are targeting 60 FPS then limit it to 30 FPS. This will reduce the CPU and GPU load and CS GO will stop crashing.

Missing .dll file is a common error for PC games and CS GO is no exception as players are reporting d3dx9_43.dll Error. I would tell you to either update your DirectX library or manually downloading the file from the internet. However, the latter won’t work and the former is risky. Here is a fix for the CS GO C:\Windows\System32\d3dx9_43.dll Error.

Download DirectX and open the downloaded file using 7zip or any other archive program. You are looking for “Jun2010_d3dx9_43_x86.cab”. extract the file from your desktop and open it. Look for d3dx9.dll and copy/paste it in the game’s install folder.

If the os asks if you want to replace the already existing file then just do it. Start the game and the issue will be resolved. In case, you have a 64-bit OS then you need to extract the “Jun2010_d3dx9_43.x64.cab” file.

Players are reporting that Counter-Strike Global Offensive either doesn’t launch or just crashes at launch. There are multiple reasons for the game to crash at launch and here are the possible fixes.

If this doesn’t resolve the problem then the lack of administrative rights could be the culprit. Right-click on game’s exe > properties > compatibility tab. Check “Run this program as an administrator”.

If you are part of the Windows Insider Program then it might be the reason for the game to crash at launch. Opt-out of the Insider Program and the issue will be resolved.

Right-click CS GO in Steam Library > Properties > Local Files tab > click Browse Local Files. Launch Counter Strike directly from the exe. The game should work but, chances are you’ll get an error similar to “vcruntime140_1.dll or MSVCP140.dll Was Not Found”. Fix this issue by installing the latest Microsoft Visual C++ Redistributables both x64 and x86 versions. Launch the game and it will be working fine.

Players are reporting that while playing the game they are either getting partial sound or no sound at all. As for the partial audio issue, the culprit might be Windows OS not setting proper channels for your sound output device.

As for the no audio issue with CS GO, this could be because of Windows Sonic for Headphones being enabled.

Right-click on the sound icon on the bottom right of the desktop, hover the cursor over spatial sound and select “off”. Start the game and you should be hearing the in-game audio.

The fix for this is to update or reinstall the GPU driver and make sure to do a clean installation. If you are hearing the game’s audio in the background, then launch the game and when the black screen appears, press “Alt + Enter” and the game will go into Windowed mode and will start to display.

That is all for CS GO fixes for errors like d3dx9_43.dll Error, crash at launch, Disk Read Error, and more. If you are facing errors and issues with other PC games or your PC then also see our hub for commonly occurring PC errors and their fixes.