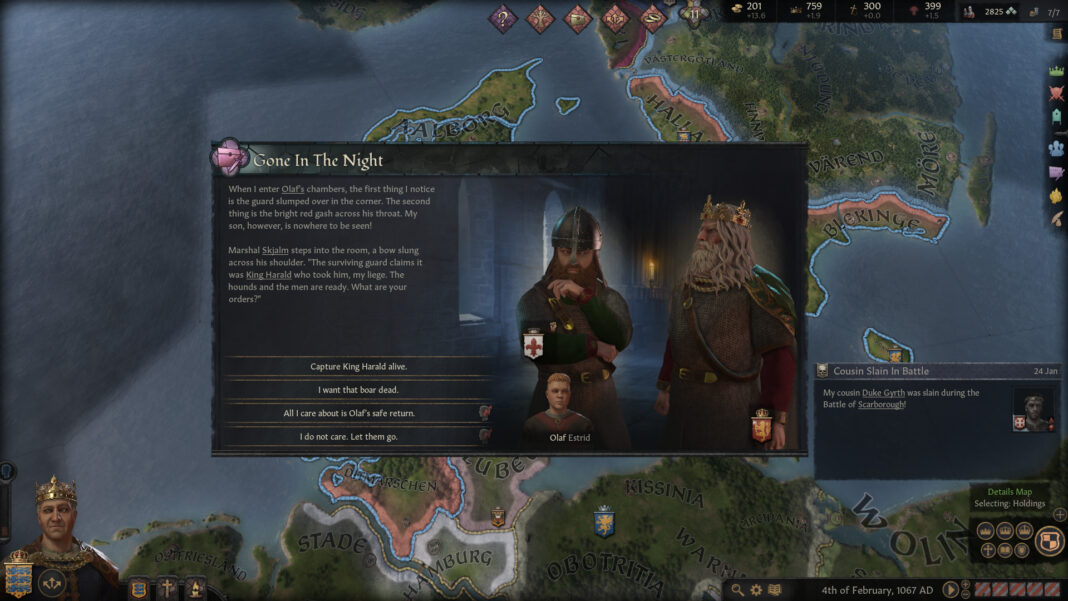 Below you will find the complete list and details of permanent Dynasty, characters, and country modifiers of Crusader Kings 3. Mods come with certain requirements.

Dynasty of Many Crowns

This dynasty modifier gives your dynasty +2 Stewardship, +20% Monthly Prestige, +10% Levy Size, +5 Direct Vassal Opinion. To use the Dynasty of Many Crowns modifier you need the Dynasty of many Crows decision.

Strong Blood gives your Dynasty a +40% chance of inheriting new positive Congenital Traits. Moreover, all kids born in your dynasty will have a new Congenital trait at birth. Last but not least the dynasty gets a small health boost. The requirement for Strong Blood is the Strengthen Bloodline decision.

The Runestone Dynasty modifier comes with +20 Popular opinion. You need Raise a Runestone decision to activate this modifier in Crusader Kings 3.

Avenger of the Martyrs

Defender of the Faith

Defender of the Faith mod has +1 Prowess, +10 Same Faith opinion. The requirement for this mod is Defenders of Dievas, Defenders of Rod, or Defenders of Ukko decision.

Display of Submission modifier has +10 Same Faith Opinion in Crusader Kings 3. To use this mod you need the Struggle and Submission faith tenet, and go on a Pilgrimage or Undertake the Hajj decision.

This Crusader Kings 3 modifier comes with +6 Diplomacy, +4 Martial, +50% Monthly Lifestyle Experience. The requirements for this mod are Comet Sighted Event, your character is Gregarious, Hideous and Reclusive.

Generosity to Mercenaries gives your dynasty -10% Mercenary Hire. You need a Martial lifestyle event choice to use this mod in the game.

Holy Order Training comes with +1 Martial, +1 Prowess. You need to a child returning from a Holy Order to use this Dynasty.

Mothered Many Children gets your dynasty +5 General Opinion. The requirement for this mod is 10% chance with each birth after giving birth at least 4 times.

With Prophetic Visions, you get +1 Monthly Piety, +10 Clergy Opinion. You need the possessed trait event for this mod to be active.

Respected by Mercenaries -20% Mercenary Hire cost. You need a Martial lifestyle event choice to get this mod.

You get +2 Prowess with Respected Expert. You need Martial Lifestyle event choice to use this mod in Crusader Kings 3.

Steward of the Sacred River

This mod gives your dynasty +1 Diplomacy, +1 Learning, +5 Monthly Piety, +10 Theocratic Ruler of Same Faith Opinion. The requirement for this modifier is to take Stewardship of the Sacred River decision.

The No Raiment modifier gives your dynasty +20 Attraction Opinion, -1 Monthly Prestige Character des not wear clothes. You need the Lunatic trait event choice, and character nudity game rule set to Default to use this mod.

These were all of the modifiers available in Crusader Kings 3. If you need more help with the game check out the wiki. Apart from these modifiers, there are pet mods that last over a decade.