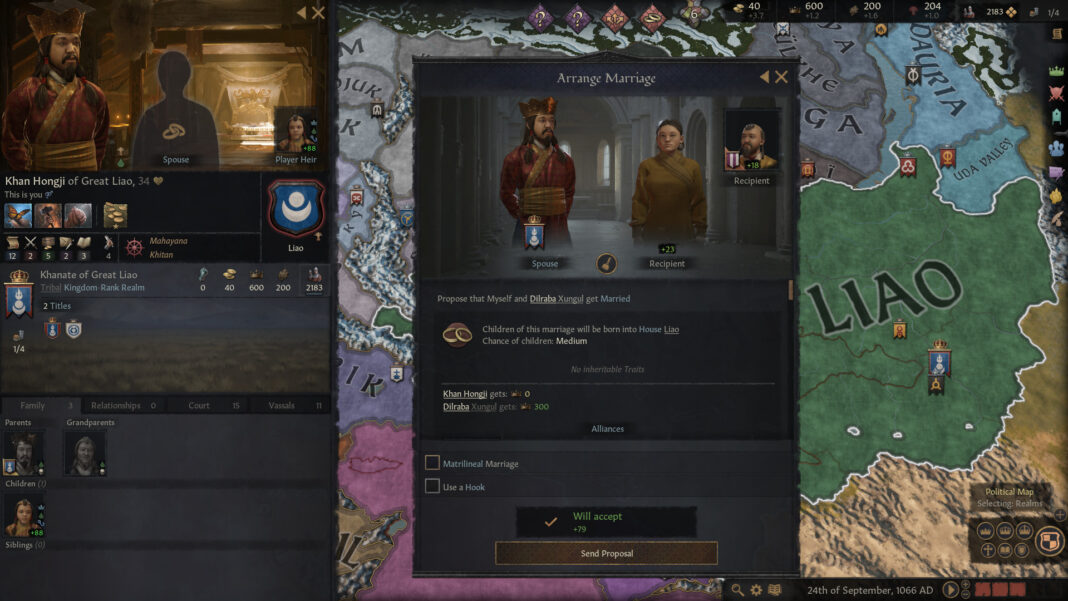 Dynasty Traits can be given or removed by members of your dynasty. There are 11 Dynasty Traits in Crusader Kings 3 and based on the information below you should be able to figure out which ones the best dynasty traits.

As the name suggests, this character is born out of wedlock. There is no legal pairing for its inception so he lives with the stain of being a bastard child. Bastards have +5 Same Trait Opinion, -15 Dynasty Opinion, and -1 Diplomacy. Bastards can not inherit titles in Crusader Kings 3.

Requirements: Character must be born outside of marriage or concubinage. No Bastard bastardry doctrine doesn’t apply to Faith.

This is probably the most interesting dynasty trait in Crusader Kings 3. As you know, Bastards can’t inherit titles in the game but there is nothing stopping them from starting their own dynasty; hence, the Bastard Founder trait. This trait comes with -1 Diplomacy and can not inherit titles.

Requirements: Gain a Landed title as a Bastard

Born in the Purple Dynasty Trait

Requirements: One of the parents must own the Barony of Constantinople and the Byzantine Empire, or the Roman Empire before birth.

This is a child that came to this earth via concubine. The child is fathered by a consort. Child of concubine has -1 Diplomacy in Crusader Kings 3.

Requirements: One of the child’s parents must be a concubine.

As the name suggests, this character has is not owned by his dynasty. The dynasty has denounced him so he can be captured and imprisoned by any other dynasty member. Denounced characters have -1 Diplomacy, -1 Monthly Prestige Crime towards other Dynasty members.

Requirements: Denounced by the head of your Dynasty.

As is the name, this child has been disinherited by the Dynasty head. It can not get anything from the Dynasty so no inheritance for them. Disinherited characters have a -5 Dynasty Opinion and can not inherit titles.

Requirements: Must be disinherited by Dynasty head.

Requirements: Must be legitimized by Dynasty head.

While it is never confirmed but many say that this child is a Reincarnation of one of its ancestors. It is surely one of the best Dynasty traits in Crusader Traits. Reincarnation gets +1 Monthly Piety, +5 Same Faith Opinion.

Requirements: Faith must have the Reincarnation tenet, 4% chance at birth

As the name suggests, this character was born as one of the twins. Twin Dynasty gets +15 Twin Sibling Opinion.

Requirements: Have 2% chance at birth

This child was born out of Wedlock in Crusader Kings 3. Wild Oats get -1 Diplomacy in the game. They aren’t the best characters to have but aren’t the worst as well. Its all up to you.