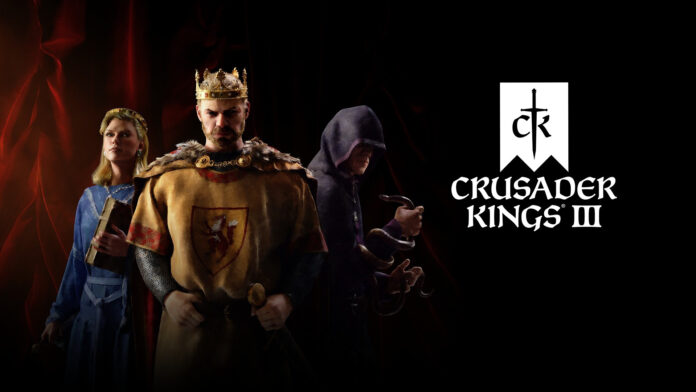 Crusader Kings 3 PC is facing errors and issues like the crash at startup, Access Error To Game Data, Steam Runtime Communication Error, no display, launcher can’t access game folder, bootstrapper error, and more. I have compiled a list of errors and issues with the game along with their fixes and workarounds.

Crusader Kings III is the latest entry in the popular strategy franchise. The game isn’t very demanding in terms of system specs and it’s quite well-optimized. However, Crusader Kings 3 PC players are reporting errors and issues like the crash at startup, launcher crashing, no display, Steam Runtime Communication Error, bootstrapper error, Access Error To Game Data, and more.

The following are the errors and issues that PC players are experiencing with the game along with their fixes and workarounds. This guide will also help players with how to enable the in-game console.

These fixes and workarounds will fix the Crusader king 3 crash at launch, Linux launcher crash, and macOS launcher crash issue for you.

If the error is still persisting then here is a possible fix/workaround. Close Steam and delete Paradox Launcher v2 from Windows “Apps and features” utility. Navigate to the following paths and delete the folders.

Give Steam.exe admin rights. Right-click Steam’s exe > Properties > Compatibility tab > check “Run this program as an administrator” and hit apply. Launch the game through Steam. This will fix the Steam Runtime Communication Error with Crusader Kings 3.

According to PC players, when they launch Crusader Kings 3 they can hear the game’s music while the game itself doesn’t display. The fix for this issue is a bit of an odd one.

Players are reporting that the Crusader Kings 3 map is either completely black or is zooming the map on its own. This issue is occurring if players have attached any controller with their PC. Just unplug the controller and the game’s black map and map zooming issue will be fixed.

If you haven’t’ attached any controller to your system then the culprit is the outdated GPU driver. Update the GPU driver and the issue will be fixed.

Crusader Kings 3 players are reporting that the game isn’t launching as they get the following error.

This issue might be occurring due to Controlled Folder Access blocking the game from accessing the folder. Open Windows Security > Virus & Threat Protection > Manage ransomware protection > Turn off controlled folder access. This will fix the launcher can’t access folder error.

If this Crusader King 3 error persists, then maybe you have enabled OneDrive backup for the Documents. Disable the OneDrive backup and the Save Game error will be fixed.

To play Crusader Kings 3, players have to install the game’s launcher when they first launch the game. However, for some players, the launcher is failing to install.

To fix this, go to the game’s install folder and right-click the launcher > Properties > Compatibility tab > check “Run this program in compatibility mode for:”. As for what OS you need to select is a bit of trial and error as this issue is being fixed for different players by selecting different OS in the compatibility mode.

According to players, when they try to play the game they get the “Bootstrapper Error” with the error message: “Couldn’t Start the Launcher”. This can be easily fixed by giving Steam.exe admin rights. Look under “Steam Runtime Communication Error Fix” to see how to do it.

If the error persists, then try the fixes mentioned under “Steam Runtime Communication Error Fix” and also delete the Paradox folder in the Documents. This will fix the Crusader Kings 3 Bootstrapper error.

Players are reporting that Crusader Kings 3 is crashing randomly while playing and here are the fixes. One reason for the game to crash if the use of third-party tools and software like MSI Afterburner. Disable any third-party software you are using along with in-game overlays for Steam and GeForce Experience and the game won’t crash.

Players are unable to locate the config file to launch Crusader Kings 3. Go to the game’s install folder, open the launcher folder and run the “launcher-installer-windows.msi”.

Click next and change the install path to the location where players found the “launcher-installer-windows.msi”. After that, Crusader Kings 3 will start working.

How To Enable The Console

Before Crusader Kings 3 players can use console commands, they first need to enable the console itself. Right-click the game in Steam library > properties > click “set launch options”. Type “-debug_mode” and click Ok. Launch the game and press the “~” key to launch the console and start typing console commands.

“Access Error to Game Data” is another Crusader Kings 3 error that players are experiencing. This error is quite common for Paradox Games and the culprit behind it is probably the anti-virus/Windows Security.

Stuttering is another issue that Crusader Kings III players are experiencing, which is kind of surprising considering the game is;t graphically intensive. Here are is how to fix low FPS and stuttering.

First, install the latest GPU drivers and make sure there is no background process using too much CPU. The main resource this game needs if the CPU. The game isn’t graphically demanding but, it does require CPU for itself.

Start the game and then open Task Manager. Go to the Details tab and look for the Crusader Kings 3’s process through the list. Right-click on the process > set priority > High. Never select the “Real-Time” options as it’ll make things even worse. This will fix the Crusader Kings 3 stuttering issue.

That is all for our Crusader Kins 3 fixes for errors and issues like Bootstrapper Error, crash at startup, launcher not installing, launcher crash on macOS and Linux, Steam Runtime Communication Error, and more. If you are facing errors and issues with other PC games or your PC then also see our hub for commonly occurring PC errors and their fixes.