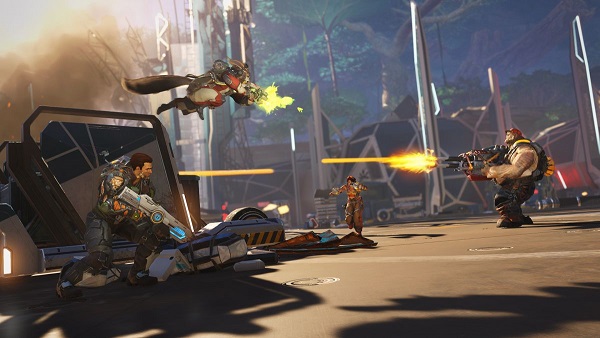 Amazon’s Crucible has 10 Hunters but the most fierce looking hunter is Drakahl. It is a nasty beast that has some interesting abilities in Crucible. Drakahl’s brute force and psychotic ferocity are extremely useful on the battlefield. Just like other hunters, Drakahl has unique abilities, essence upgrades, and an upgrade tree you can go through to improve his effectiveness in combat.

Drakahl is a member of the Krake who is known for brutality in the Orion Arm. Drakahl is a bloodthirsty warrior so much so that his own people sent him to exile. Thankfully, he found a place in Crucible where his brutality is accepted and used in the most effective of ways.

Drakahl has 10 different abilities he can use in Crucible. Each ability complements the other and gives Drakahl an edge is tough situations.

Enraged Claw: When enraged Chop turns into Enraged Claw which is a claw attack with healing over time.

Enraged Grab: When enraged Sonic Pulse turns into Enraged Claw which is a close-range attack that pulls an enemy towards you.

Rush: Dash forward to dodge enemy attacks or push toward the enemy.

Enraged Roar: Drakahl becomes enraged and then you can choose between a life-stealing claw attack or a ranged grab attack.

Resonating Axe: Drakahl’s axe hums with power; choose between a stun attack or a spin attack.

Drakahl has 10 essence upgrades for his character and abilities.

Sonic Shock: Sonic Pulse will slow down enemies by 25% for 3s.

Abs of Plasteel: Being enraged makes Drakahl invulnerable for 1.5s.

Maiming Blow: Chop does DoT against enemies with 50% HP.

Tough it Out: 25% of incoming damage turns into DoT.

Push Through the Pain: Damage won’t interrupt med kit use.

Need for help with Amazon Game Studios’ Crucible? Check out the Wiki page.