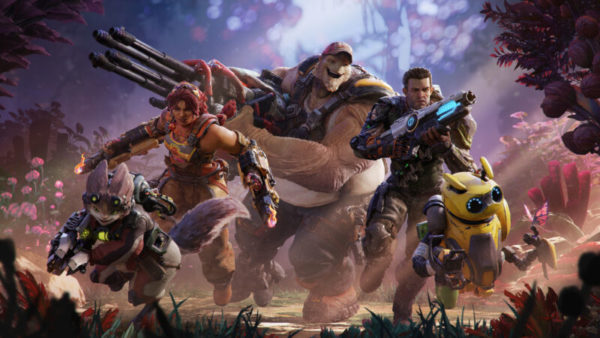 Crucible PC players are reporting errors and issues like missing VCRUNTIME140.dll file, application error, stuttering, DXGI Error Device Removed, and more. Here we will discuss all of the errors that players are experiencing along with their fixes and workarounds.

Crucible is a free-to-play PvP game published by Amazon Games. While the game is decently optimized but, PC players are reporting errors like DXGI Error Device Removed, missing MSVCP140.dll file, crashes, and more.

The following are the errors and issues reported by players along with their fixes and workarounds.

These are common errors in PC games and apparently Crucible players are experiencing it too. The fix for the missing MSVCP140.dll file and VCRUNTIME140.dll is simple. Uninstall Microsoft Visual C+++ Redistributables. Then download the latest versions and reinstall them, both x86 and x64 versions. This will fix the error.

According to Crucible players, they are facing the following error and are unable to play the game.

The application was unable to start correctly (0xc0000142)

There are a few fixes for this error. First, try to play the game in Windows 7 compatibility mode. Open Steam library > manage > Browse Local Files. Right-click the game’s exe > Properties > Compatibility tab > check “Run This Program in compatibility mode for” and select Windows 7 from the drop-down menu. Apply the change and the error 0xc0000142 will be fixed.

If the issue still persists then the issue might be the GPU driver. Update your GPU driver to the latest version and the error won’t pop up again.

If all of the above fail to fix the error, maybe the cause of the error is the Windows registry. Press “Windows + R” > type “Regedit” and press enter. Navigate to “HKEY_LOCAL_MACHINE\SOFTWARE\Microsoft\Windows NT\CurrentVersion\Windows\”. To the right window will be “LoadAppInit_DLLs”, double click it > change the value to 0 and press Ok. Restart your system and the Crucible Application Error 0xc0000142 will be fixed.

Some Crucible players are reporting that they are unable to play the game as they get the “your system doesn’t meet minimum requirements” error despite having 8 GB of RAM. This error is mostly being faced by those who are trying to play the game on a laptop on a PC with an integrated GPU.

The problem is that the integrated GPU shares a certain amount of RAM with as VRAM. If you have a total of 8 GB RAM, then it’s actually less if you are using the integrated graphics solution. This can only be fixed by upgrading the RAM or installing a dedicated GPU into your system.

Stuttering and fps drops are common performance issues in PC games. Crucible players are reporting that while the FPS is high enough but, the game stutters. Here are is how you can fix stuttering.

First make sure you have installed the latest GPU drivers and there is no background process using too much of your HDD, CPU, or GPU.

Launch the game, disable in-game v.sync and the stuttering will be fixed. If the game still stutters, then follow the steps mentioned above bur set Vertical Sync to “Fast”. This will not only fix stuttering but, will also give you a potential FPS boost if you have moderate enough CPU and GPU.

This is an issue that can be either hardware related or the game is just bugged. Every time players get this error, they have to restart the system in order to play the game.

This could be because the GPU is either old or overclocked or the game isn’t optimized and hence is crashing the GPU driver.

If your GPU is old then try reducing the GPUs clock speed by 100 MHz using MSI Afterburner. This will stabilize the GPU and the game won’t crash with the “DXGI Error Device Removed” error.

In case the GPU is overclocked or factory overclocked, then revert the GPU back to its default clock speed and the issue will be fixed.

However, if you don’t want to mess with the GPU clock speeds then limiting the game’s FPS might help. Open Nvidia Control Panel > Manage 3D Settings > Program Settings > select the game. Enable the “Max FPS limit” and set an FPS limit. This will be trial and error to see at which FPS the game is stable. This should fix the “DXGI Error Device Removed” error with Crucible.

That is all for our Crucible fixes for errors like application error 0xc0000142, MSVCP140.dll not found, stuttering, DXGI Error Device Removed, and more. If you are facing errors and issues with your games and PC then also see our hub for commonly occurring PC errors and their fixes.