Cris Tales is a very interesting game that is coming out on various platforms later this year. The devs talked about the game and how they figured out the mechanics of the game before they even though that it was going to be an RPG. The game has a colorful art style and looks cartoony but it is going to focus on some rather interesting and serious topics.

The creative director of Cris Tales Carlos Rocha Silva, talked about how the game was inspired by his girlfriend. The following is what he had to say regarding the matter:

The root mechanic was born even before we knew it was going to be an RPG. It was born out of a weird idea. My girlfriend was holding a mirror — she was looking at herself and I could see her, and what she was seeing in the mirror as well.

I thought, ‘That’s interesting because I’m seeing two things that are completely different at the same time.’ So with that, in the beginning, it was just an idea of exploring two different places, different spaces on the same screen. But then we thought, this would be more interesting and easier to communicate if it was time. In the original prototype, you could see a little seed, a growing tree and a dying tree, and Crisbell walking on top of that.

Silva went on to expand on the same idea making it what he calls “love letter from childhood”.  Making a game like this was not easy and being able to see past, present and future at the same time made it harder for people to figure out what it actually was.

Noone at the studio wanted to work on the game. Silva went on to mention the following:

We went to a story idea of how a Disney Princess would look if she was Colombian, and this crazy idea that in the beginning nobody at the studio wanted to make, about seeing past, present and future in the same screen. Nobody understood it, nobody understood why, or with what purpose. It was after we got those two concepts matched together, and this idea of a triangle was born as a solution, then we had to decide what genre we wanted to put this game in. We decided to go with a genre that all of us adored, which was JRPGs.

Cris Tales is a great game that you should definitely check out if you have not done so already. Let us know what you think about the inspiration behind the game and whether or not you are interested in checking it out when it releases on different platforms later this year. 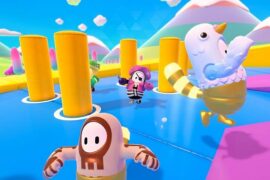 Fall Guys Controls and How to Play 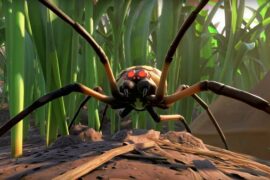 Best Weapons in Grounded and How to Craft Them