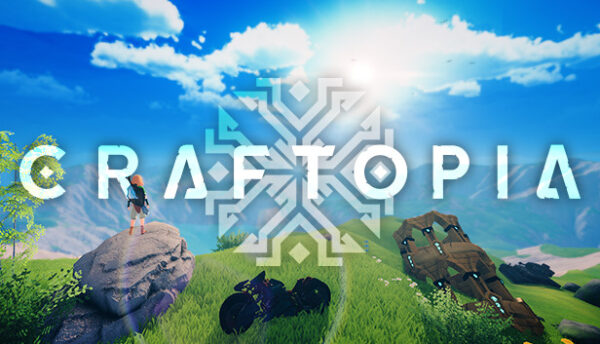 Craftopia has landed on Steam as part of Early Access and has found quite a success. However, Craftopia PC players are reporting errors and issues like the crash at startup, server time out, can’t join multiplayer, in-game crash, low FPS, and more.

I have compiled a list of errors and issues with the game along with their fixes and workarounds. This guide will also help players with how to improve the game’s performance.

Craftopia is the latest addition to Steam Early Access. Given that the game is in early access, there are bound to be errors and performance issues.

One reason for the game to crash randomly in-game could be the use if third-party monitoring tools and software like MSI Afterburner. Disable any third-party tool you are using along with Steam overlay and GeForce Experience overlay. This will fix the Craftopia crashing issue.

Players might be missing an update for the game that fixes the crash issue. Go to your Steam Library > right-click the game > properties > Local Files > click “Verify Integrity of Game Files”. This will check the game files and an update will start to download. After that, the game will stop crashing.

Some players are reporting that their GPU usage max outs before the game crashes in-game. Either the GPU is at fault or the game is putting unnecessary load on the GPU.

In case you don’t want to mess with the GPU clock or the game’s is unnecessarily putting too much load on the GPU, then players can lock the game’s max FPS to reduce the GPU and CPU load. To do that, open Nvidia Control Panel > Manage 3D Settings > Program Settings > select Marvel’s Avengers. turn on “Max FPS Limit” and set the value to 30. This will lock the game at 30 FPS and won’t crash anymore in-game.

Some players are unable to join their friends who are hosting a game or they are getting the Sever Time Out error. Here is how to fix it.

Open the browser and type the default router page in the URL, it varies from router to router and is written on the back the router. It’ll be something like this: 192.168.1.1.

Then go to your router’s port forwarding/port options and open the port the players are using to host the multiplayer game. This also varies from router to router. Look up the port and follow the steps below. Note that I’ll be using port 8787 as a placeholder.

Ports/port forwarding > add rule > port 8787. Set connection type to tcp/udp. Set “forward to” to “select your pc (server) ip address”. Save these changes and players will be able to join and the Craftopia “Server time out” issue will be fixed. Follow this link for more information.

Performance is a common issue among PC video games. Craftopia is no exception as players are reporting that the game is stuttering and is dropping frames randomly. This is partly due to the game being an Ealy Access title, at the time of writing, and needs optimization.

First, install the latest GPU driver and open Task Manager to check if there is a background process using too much HDD, CPU, or GPU. End the process if it is.

Launch the game and disable in-game v.sync and close the game. Open Nvidia Control Panel > Manage 3D Settings > Program Settings > select the game and make the following changes in the options below.

Apply these settings and the game’s stuttering issue will be fixed and players will see visible improvement in FPS. In case the issues persist, then set Vertical Sync to “Fast”.

This will not only fix stuttering but will potentially give a significant FPS boost if players have an above mid-range CPU and GPU.

According to Craftopia PC players, the game is crashing at startup or is not starting at all. There are many reasons why this issue is occurring and here are the fixes.

One reason why the game is crashing at launch or not starting could be that the game doesn’t have admin rights. Right-click the game’s exe > Properties > Compatibility tab > check “Run this Program as administrator” and hit apply. Craftopia won’t crash at startup anymore and will run as it should.

Another reason for the game to crash could be your ani-virus/Windows Security blocking important game files. Either disable real-time protection or exclude the game’s folder from it. After that, verify the game files and the issue will be fixed.

Also, try installing the latest Microsoft Visual C++ redistributables both x86 and x64 version. This will also fix the crash at launch issue with the game.

According to players, when they launch the game they only get a black screen while they can hear the audio in the background. This can be easily fixed. Launch the game and when the black screen appears, press “Alt + Enter” and the game will go into Windowed mode and will start to display.

If you are experiencing a black screen issue followed by a crash then your GPU driver might be the culprit here. Update the GPU driver or install a different driver version and the issue will be fixed. Also, do a clean installation.

That is all for our Craftopia fixes for errors and issues like an in-game crash, server time out, crash at startup, stuttering, and more. If you are facing errors and issues with other PC games or your PC then also see our hub for commonly occurring PC errors and their fixes.