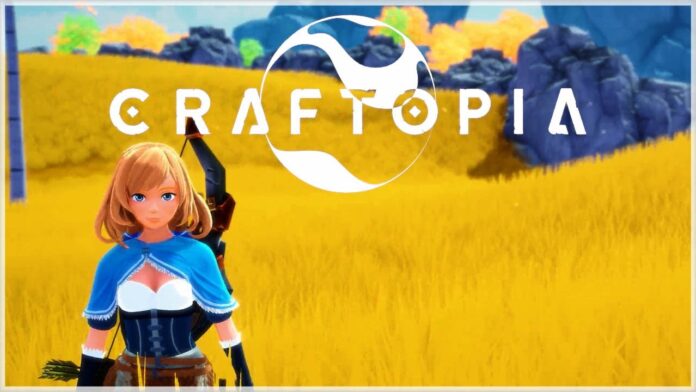 Craftopia is available as a Steam Early Access title, at the time of writing, and has found it’s the audience on PC. Given that the game is in Early Access, optimization and polishing work still remains to done by the devs but that doesn’t mean players can’t squeeze performance out of the game or boost FPS. Our Craftopia PC Tweaks Guide will help players understand what each of the game’s graphics settings does and how to get 1080p/60 FPS.

Craftopia is an open-world survival action game that has a lot of depth to its game mechanics. As I mentioned above, the game is in Early Access and requires a lot of polishing and optimization.

Here in our Craftopia PC Tweaks Guide, I will take players through each of the game’s graphical settings, their impact on performance, and will recommend the best settings for 1080p/60 FPS experience for a mid-range PC. By a mid-range PC is mean a Core i5 CPU with GTX 1060 6 GB, and 8 GB of RAM.

First, if you have an SSD then install the game there as it’ll improve loading times and will help with texture streaming. Installing the game on an SSD can also fix stuttering.

The following are the game’s graphics settings along with the recommended options so that players can achieve a smooth 1080p/60 FPS experience.

Definitely enable this graphical option for Craftopia as it’ll improve the game’s FPS but not by much. Still, it’ll add to the effort of players to get that 60 FPS experience.

This graphical option determines how many frames the GPU can render Craftopia at. Players have the option of 30, 60, and Unlimited.

This is basically an FPS cap and while I recommend that you cap the game at 60 but, don’t do it in-game. Instead, force it through the GPU driver. First, select the Unlimited options and close the game. Open Nvidia Control Panel > Manage 3D Settings > Program Settings > select the game. Turn on “Max FPS Limit” and set the value to 60. Apply this change and the game will be rendered at 60 FPS max.

Recommended: Force it through the GPU driver

Motion Blur is a graphical effect that enables blur effect when the camera is in motion. Enabling motion blur is recommended that it smooths the camera movement and especially helps at a lower FPS.

However, a lot of PC players don’t like this effect. So it all comes down to player preference.

Anti-Aliasing smooths out the jagged edges of in-game assets. While PC ports of video games have around three Anti-Aliasing options to choose from but, Craftopia only gives player the choice of a tick box.

I don’t know what kind of anti-aliasing the game uses. I recommend that you turn it on and disable it if you feel the FPS is not keeping up but, make it a last resort.

This Craftopia graphics setting is pretty self-explanatory. Enabling it allows the GPU to simulate cloth physics to make it look realistic. However, this realistic simulation comes at a cost of performance. I recommend that you keep it disabled, at least until the game comes out of Steam Early Access.

Recommended: No One Is Shaken

The “Show Footprint” setting enables that player’s character footprints when they walk on sand or any deformable surface. This definitely requires computational power and can impact performance. I recommend that you enable it if you have a GPU with over 4 GB of VRAM.

This graphical setting enables the animation of grass bending and moving when the player character interacts with it. Of course, enabling this option will cost performance. I recommend that you turn it on if you have a GPU with 4 GB of VRAM.

FOV or Field Of View is a slider. Moving the slider to the right will increase the player’s Field of View. This means that players will be able to see more of the game’s environment. Increasing FOV not only impacts performance but also can result in graphical artifacts. I recommend that you use the default value for this option and if you feel like it then increase it.

Getting that 60 FPS experience is the reason why players are here. Now that players know hat each of the graphics settings does and their performance impact, there are a few tweaks that players can do through the GPU driver.

First, install the latest GPU driver and make sure that there is no background process running on your PC that is using too much HDD, CPU, or GPU.

Usually, I recommend forcing vertical sync through the GPU driver. Unfortunately, Craftopia doesn’t give players the option to toggle on and off the v.sync in-game. So there is nothing we can do here until devs decide to give that option.

Open Nvidia Control Panel > Manage 3D Settings > Program Settings > select the game. Make the following changes. I am assuming that most of you have at least a GTX 10 series GPU, if you have an older GPU then some of the following options won’t be available for you.

Anti-aliasing-FXAA – “Off”
Anti-aliasing-Gamma Correction – “Off”
CUDA GPUs – “All”
Low Latency Mode – Ultra.
Set Power Management to “Prefer Maximum Performance”
Shader Cache – “On” only if you are using an HDD. Don’t need to enable it for an SSD.
Set Texture filtering – Quality to “High Performance”
Triple Buffering – “Off”
Set Vertical Syn to “Use 3D Application Setting”

Apply these settings and you should see s boost in the game’s performance.

That is all for our Craftopia PC Tweaks guide with tips on how to get 1080p/60 FPS experience. If you are facing errors and issues with other PC games or your PC then also see our hub for commonly occurring PC errors and their fixes.