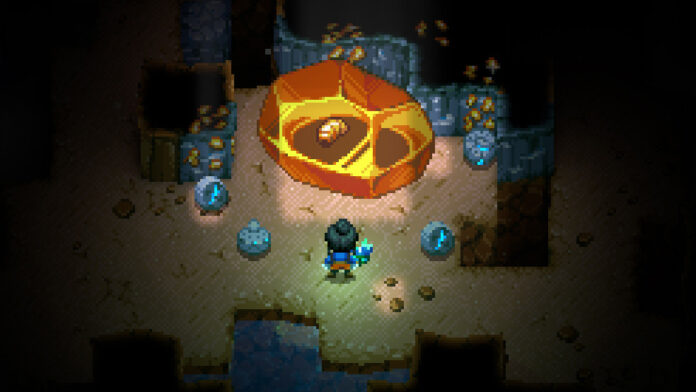 Publisher Sold Out and developer Pugstorm are giving players an early look at mining sandbox adventure Core Keeper, in an upcoming Open Alpha test available on PC via Steam next month. Participants will get a sneak peek of the game’s ancient world ahead of its release on Steam Early Access next year.

Kicking off on Dec. 1 and running through Dec. 14, players will be able to download and play the Core Keeper Open Alpha directly from Steam, giving them an early look at some of the base-building, combat, mining, cooking and crafting set to be included in the game. The Open Alpha will also include support for up to 8-player online co-op, allowing friends to group up, build their base and explore the endless caverns together.

Releasing on Steam Early Access in early 2022, Core Keeper is a 1-8 player mining sandbox adventure set in an ancient cavern of creatures, resources and trinkets. Players will mine relics and resources to build their base, craft new equipment and survive. Defeat giant monsters, discover hidden secrets, farm crops, cook new recipes and explore a procedurally generated underground world to unravel the mystery of the ancient Core.

In Core Keeper players can:

● Mine resources – Explore a vast underground cave of endless resources. Mine and collect resources, discover hidden crystals, fossils, and trinkets, and survive a procedurally-generated underground world.

● Craft items & equipment – Customize an explorer and craft new items, armor and equipment to venture further into the cave.

● Team up – Work with others to fight, farm, craft and survive in a 1-8 player adventure.

The following is what Sven Thole, CEO & Animator at Pugstorm had to say regarding the matter:

We’re very excited for players to discover the world of Core Keeper in our first open playtest. The fan feedback to our small, closed alpha test earlier this year was incredible, and we can’t wait for many more players to experience Core Keeper with this Open Alpha. Creating an enchanting game that’s as fun to play alone or with friends has always been our priority, and we’re keen to hear more players’ thoughts as we work on additional polish ahead of our launch into Early Access early next year.

Vincent Coates, Product Manager at Sold Out had the following to say:

The game is shaping up to be a great sandbox adventure that we’re looking forward to players experiencing for themselves.

Core Keeper will be available on PC via Steam Early Access in early 2022 and can be added to your Steam Wishlist now. For more information on Core Keeper, follow @CoreKeeperGame on Twitter and join the discussion on Discord.