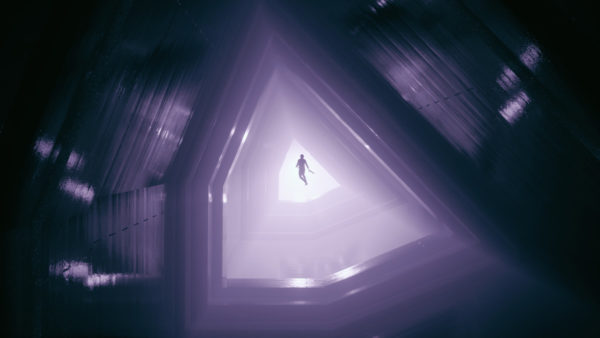 Control is the latest game from developer Remedy Entertainment. The game had quite a hype in the lead up to its launch and the developers haven’t disappointed.

The PC version of Control is a great port that gives players a lot of options to tweak. Devs have also implemented the DX12 but, it’s up to you if you want to use it.

Despite being an incredible port, the PC version of Control is facing errors and issues like crashing on startup, black screen, performance issues and more. The following are the errors and issues that players are experiencing along with their fixes and workarounds.

Control PC players are reporting that they are getting the following error and are unable to play the game.

This issue is being caused by the anti-virus/Windows Security blocking the game. Disable the anti-virus and the issue will be fixed.

How To Disable Motion Blur

Control implements an aggressive form of motion blur, even on PC, and there is no way to disable it. You can disable Motion Blur but you’ll have to install a mod.

Download this Control mod and extract the files in the game’s folder. While in-game, just press “F4” and the motion blur will be disabled.

However, if you don’t want to install the mod, then go to the game’s install folder and open “d3dx.ini” and change “w2=1” to “w2=0” under Motion Blur.

game_rmdwin7_f.exe Is Not Responding Fix

Players are reporting that when they try to play Control, the screen goes black and “game_rmdwin7_f.exe is not responding” error pops up. The fix for this Control error is simple.

All you have to do is go to the game’s installation folder and delete the “render.ini” file. Start the game and the issue should be resolved.

Black screen on launch is a common issue for PC games and Remedy’s Control is no exception. Players are reporting that when they start the game, the screen goes black but they can hear music in the background.

The fix for the Control Black Screen issue is simple. Start the game and when the black screen appears, press “Alt + Enter” and the game will go into Windowed mode and will start to display.

Now you just need to go the in-game video settings and change the resolution to your display’s native resolution and you’ll be able to play the game in fullscreen mode.

If you are experiencing a black screen issue but can’t hear the music in the background then the issue might be outdated GPU drivers. Update your GPU drivers and the issue should be resolved.

One way to resolve this is to install the latest Visual C++ Redistributable and then try to play the game. If the issue still persists then go to the game’s installation folder and play the game by double-clicking “Control_DX11.exe” and it will work.

Players are reporting that Control won’t start as they launch the game and there are some players who are experiencing a crash on startup. Here are the fixes and workarounds for both of the problems.

As for the game not launching, some players are experiencing the “Visual C++ Redistributable Installation failed” error upon startup. Just go to the game’s installation folder and play the game through “Control_DX11.exe”.

If the game still not launching or crashing at startup, then follow the steps below.

Go the game’s install folder > create a new text document called “steam_appid” > open this file in notepad > type “870780”. Save and exit the notepad and then, launch the game directly from either Control_DX11.exe or Control_DX12.exe. The game will launch without crashing.

As for the Control crashing on startup, the issue might your anti-virus or Windows Defender as it might be detecting the game’s exe file as a trojan virus. You can resolve this by either disabling the anti-virus/Windows Security or excluding the game’s install folder from it. After that, verify game files and the issue will be fixed for good.

Another reason for the game crashing at launch could be outdated GPU drivers. Just update GPU drivers to the latest version and the issue should be resolved.

Players are reporting that when they play Control with DX12 enabled, the game crashes without any error or warning. For now, the only fix is to run the Control with DirectX 11.

Control isn’t the only game that facies crashes with DirectX12 enabled. At the time of writing, the games aren’t properly optimized for DX12. So, if you are facing random crashes then disable DX12.

PC games are bound to have performance issues given the sheer amount of PC setups out there and Remedy Entertainment’s Control is no exception. Players are reporting low PFS and stuttering issues with the game.

First, make sure you are using the latest GPU drivers as they bring game-specific optimizations. Also, make sure that there is no background process that is using too much of your CPU and HDD.

Start the game and disable in-game v.sync and close the game. Open Nvidia Control Panel > Manage 3D Settings > Program Settings > select the game from the list and if it isn’t there then add it. Make the following changes to eliminate stuttering.

Apply these changes and the game’s Low FPS and stuttering issue will be fixed for good.

That is all for our Control fixes and workarounds for errors and issues like the crash on startup, game_rmdwin7_f.exe Is Not Responding, Microsoft Visual C++ Redistributable Installation failed and more. If you are facing errors and issues with other PC games or your PC then also see our hub for commonly occurring PC errors and their fixes.