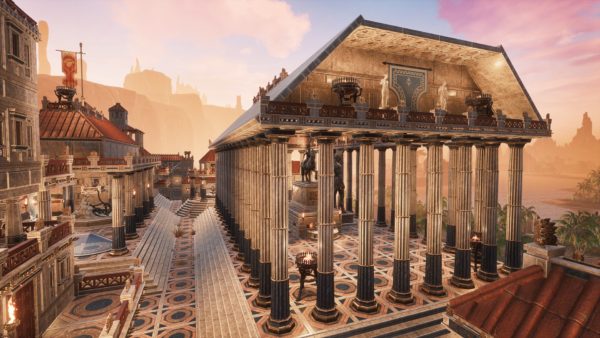 Conan Exiles Architects of Argos PC is facing errors and issues like Fatal error, crash at launch, black screen, no audio, performance issues, and more. Here I have compiled a list of errors and issues with the game along with their fixes and workarounds.

Conan Exiles Architects of Argos DLC has launched but has brought with itself issues and errors of its own. Players are reporting Fatal error, crashes, black screen, and more while playing Conan Exiles.

Conan Exiles players are reporting that with the Architects of Argos update, the game has started to crash with “Game has crashed. Fatal error” message. This is most probably happening if you have installed mods for the game. Just delete any mods you have installed and the Fatal Error will be fixed.

If you have not installed any mods for Conan Exiles then the issue might be an outdated OS. Update Windows 10 as some games require the latest version of the OS to run properly. As for the Windows 7 users, install this update and the issue will be resolved. If the Fatal Error still persists then installing the update KB3080149 will fix the error.

Conan Exiles players are reporting that they launch the game, it crashes and they get the following error.

This error is popping up due to the DirectX file being damaged or corrupted. Update the DirectX and the error will be fixed.

Players are reporting that when they launch Conan Exiles, the game either crashes at launch or doesn’t launch at all. Here are a few things that’ll help you with the crashes.

Another reason is the use of third-party monitoring software like MSI Afterburner or GeForce Experience. Disable any third-party tools you are using and the game won’t crash at launch.

Lack of administrative rights is another reason for the game to crash at launch. Right-click on the game’s exe > properties > Compatibility tab. Check “Run this program as an administrator” and apply the change. Launch Conan Exiles and the issue will be resolved.

Performance is one of the main issues with PC video games due to there being so many PC configurations out there. Conan Exiles isn’t an exception to it as players are reporting that the game is facing stuttering and low FPS issues. Here is how to fix stuttering and potentially boost FPS.

First, make sure you have installed the latest GPU drivers and there is no background process using too much of your CPU, HDD, or GPU.

Launch the game and disable in-game v.sync. This will fix the stuttering issue with the game. However, if the stuttering still persists, then follow the steps mentioned above but set Vertical Sync to “Fast”. Launch the game, disable in-game v.sync and the display mode should be set at Fullscreen. This will not only fix stuttering with Conan Exiles but will potentially give a n FPS boost if you have a decent enough CPU or GPU.

Black screen is a common issue with PC video games. Conan Exiles players are reporting that when they launch the game ass they get is a black screen while they can head audio in the background.

To fix this, start the game, and when the black screen appears, press “Alt + Enter” and the game will go into Windowed mode. Go to the video settings, set the proper resolution and you’ll be able to play the game in Fullscreen without facing black screen issues.

According to Conan Exiles players, with the Architects of Argos update, they are experiencing no audio issue with the game. Windows Sonic for headphones is likely the culprit here. But first, make sure you have selected the right audio output. Open settings > system > sound > click on Sound Control Panel. Make sure the right audio output has been selected.

If still, you aren’t getting the audio then follow the steps above, right-click on your active audio device > properties > Spatial Sound tab > select “Off” from and apply the change. Launch the game and the issue is now resolved.

That is all for our Conan Exiles Architects of Argos fixes for errors like Fatal error, Blocked Loading Of File, crash, no audio, and more. If you are facing other errors and issues with your PC then also see our hub for commonly occurring PC errors and their fixes.