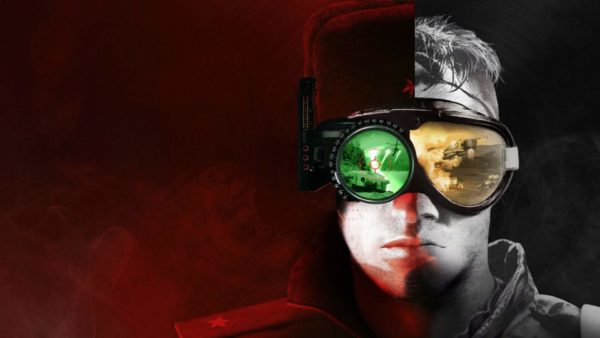 Command And Conquer Remastered Collection PC is facing errors and issues like a random crash, Video Card Driver Crash, Invalid Platform error, ClientLauncherG.exe not starting, and more. Here I will discuss all of the errors and issues with the game along with their fixes and workarounds.

The following are all of the errors and issues that players are experiencing with Command & Conquer Remastered Collection along with their fixes and workarounds.

Command and Conquer Remastered players are reporting the “Video Card Driver Crash Detected” error as the game crashes randomly while playing. The following is the full error description.

This is an error that is either being caused by the driver, or the GPU is having trouble rendering the game. First, try installing another GPU driver version which might fix the error.

If changing the GPU driver hasn’t resolved the issue then only two possible reasons remain. Either the GPU isn’t able to properly render the game or this is a bug that developers have to fix with a patch.

In either case, limiting the game’s max FPS might reduce the load on the GPU and make the game stable. Open Nvidia Control Panel > Manage 3D Settings > Program Settings > select the game. Enable “Max FPS LImit” and set a value. This is a trial and error as players will have to determine at which FPS the game will become stable. This should fix the Video Card Driver Crash error.

Players are reporting that they are unable to install Command & Conquer Remastered Collection due to “Disk Write Error”. The following are the workarounds and fixes that will fix this error.

The first fix is very simple. Chances are, the game or the Steam client doesn’t have admin rights. Right-click on Steam’s exe > Properties > Compatibility Tab. Here, check “Run this program as an administrator”. Apply the change and do the same for Command and Conquer Remastered exe. This should fix the error.

If the error persists, then open Command Prompt and run it as administrator. Type the following commands and press enter after each of them.

In case the error is still isn’t fixed, go the Steam’s install folder and navigate to “Steam/logs/content_log”. Look for “failed to write”, open it and there will paths to the corrupted files. Follow the path and delete those corrupted files. Go to the Steam library, verify game files as Steam will automatically download the deleted files. Now launch Command and Conquer Remastered collection and the Disk Write Error will be fixed for good.

Command and Conquer Remastered Collection players are reporting that the game crashes randomly while playing and they get an error notifying that game isn’t able to continue. The error looks something like this:

If players open the crash dump, they’ll note that the error is basically the game failing to open files. It’ll look something like this:

There are two possible reasons that can cause the error. Either game doesn’t have admin rights or your anti-virus/Windows Defender might be blocking these files.

Right-click on the game’s exe > Properties > Compatibility Tab. Here, check “Run this program as an administrator”. Apply the change and this should fix the crashing issue.

If the error persists then, either disable your anti-virus or exclude the game’s install folder from it. Verify game files and then launch it. This will fix the Command and Conquer Remastered Collection crash issue.

This is an error that PC players are experiencing even though they have GPUs with complete DirectX 11 support. What players need to do is install the latest DirectX files. The setup can be found in “Steam\steamapps\common\Steamworks Shared\_CommonRedist”.

However, just installing DirectX isn’t enough. Assuming players are using Windows 10, follow this link and download Add_Run_as_administrator_to_Context_Menu.reg file. Run it and click yes to add it to the registry. Now go to the DirectX folder > right-click the setup > click “Run as Administrator”. Install the DirectX files and the Direct3D 11 Required error will be fixed.

This error could be due to the game’s exe being blocked by the anti-virus/Windows Defender. Either disable the anti-virus or exclude the game’s install folder from it. Verify game files and the issue will be fixed.

Command and Conquer Remastered Collection players are unable to play the game due to the Invalid Platform Error. This can be easily fixed by verifying game files.

According to players, when they play Command and Conquer Remastered, everything runs fine except for the UI. Either UI icons are missing or the UI itself is broken. This issue is possibly being caused by your current GPU driver. Update or try a different version, do a clean installation and the UI issue will be fixed.

Also, try reinstalling Visual Studio C++ 2015. If you are using AVAST anti-virus, then remove it immediately or disable it as it will be blocking a couple of files. Verify game files after you have disabled or removed AVAST.

Alternatively, players can follow the steps below to fix the black screen issue.

Type regedit in the search bar and open it. Navigate to HKEY_CURRENT_USER\SOFTWARE\Petroglyph\CnCRemastered\ID_76561198889619990CNC_RA_Profile0\Player and HKEY_CURRENT_USER\SOFTWARE\Petroglyph\CnCRemastered\ID_76561198889619990CNC_TD_Profile0\Player.

Both of these paths lead to a different folder but both have a folder named Player. Right-click the folder > New > DWORD (32 bit) Value. A new file will appear to the right and you’ll rename it to “Windowed”. Use the exact word with capital W. Double click Windowed and set the value to 1.

Before we start, make sure you have the latest GPU drivers installed, there is no background process using too much of your CPU and GPU. Also, I would recommend installing the game on an SSD.

If you are still facing performance issues and are playing on a laptop with an NVidia or AMD GPU, chances are the game isn’t using the dedicated GPU.