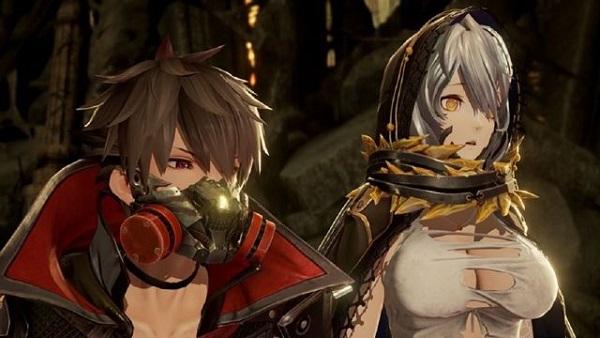 Vestiges in Code Vein are items, which let you acquire missing gifts in a Blood Code. After unlocking new Blood Codes, you’ll notice that you don’t have access to all the gifts associated with these Blood Codes. To unlock these gifts, you need to find and restore different Vestiges. In our Code Vein Vestiges Guide, we’ve a complete rundown of everything you need to know about how Vestiges work in the game.

After you’ve found a Vestige, you need to head over to Io to restore the missing gifts and character memories. There are 6 types (so far) of Vestiges that you can find in Code Vein as you continue to play through the game.

After speaking to Io, you’ll see the lost memory of the Revenant from whom you acquired the Blood Code. These memory sequences aren’t tough to complete and follow a linear path. You should be able to complete them fairly easily. This Vestiges Locations Guide is still being worked on. We’ll continue to update it with more info. as soon as it becomes available.

The following are all the locations where you can find Atlas Vestiges in Code Vein:

Atlas Vestige A
You need to go to the Howling Pit entrance area and check the east side of the map to find it – it’s near a vehicle.

Atlas Vestige B
While in the Howling Pit, head past the watery area and continue to follow the path to come across a torch, near a vehicle. You’ll find this part right next to the torch.

Atlas Vestige C
In the far east side of the Howling Pit, you’ll come across an elite enemy with a Heavy Sword – near a Mistle. You need to defeat the enemy to find the Vestige part.

Atlas Vestige D
During the main story, use the Moss-covered Key to drain the water ahead and kill the executioner enemy to find the final Atlas Vestige part.

The following are all the locations where you can find Assassin Vestiges in Code Vein:

Assassin Vestige A
It’s in the room that’s opened using the Eagle Key – inside a collapsed wall.

Assassin Vestige B
You’ll find it on the path leading to the Hills of Deception mistle.

Assassin Vestige D
You need to head left from the Howling Pit entrance and continue up the incline to find it.

The following are all the locations where you can find Hunter Vestiges in Code Vein:

Hunter Vestige Part A
In the Ruined City Center, head past the Parking Garage mistle and continue until you get directly below the said mistle. A little ahead, break some boxes near the stairway leading to a locked door to find it.

Hunter Vestige Part B
You need to head past the Underground Parking mistle in the Ruined City Center to defeat 3x Hounds and 1x Stone Crusher after the Invasion ambush. After clearing the area, break the glass to find it.

The following are all the locations where you can find Prometheus Vestiges in Code Vein:

Prometheus Vestige A
In the Ruined City Center, head past the courtyard after surfacing and go right toward a red object to find it on a small pathway.

Prometheus Vestige B
From the Park Ruins mistle in the Ruined City Center, continue ahead to defeat Sword-wielding Lost, Axe-wielding Lost, and a Stone-Crusher to find it in close vicinity.

Prometheus Vestige C
In the Ruined City Center, you’ll come across 3x Assassin Lost, 3x Mutated Lost, 1x Axe-wielding Lost, and 1x Monk Mutated Lost in an area. You need to clear the area and look for it on the ground.

Prometheus Vestige D
From the Park Ruins mistle at the Ruined City Center, drop down the ladder and find it behind a statue.

The following are all the locations where you can find Fionn Vestiges in Code Vein:

Fionn Vestige Part A
You need to head to the area with the frozen truck (damaged vehicle) to find it – area P-9 Ridge of Frozen Souls.

Fionn Vestige Part B
In the area P-9 Ridge of Frozen Souls, you need to head to the chest that contains the Hedgehog Fort Blood Veil and continue on the narrow path to find it.

Fionn Vestige Part C
This one is also in the P-9 Ridge of Frozen Souls area, near a Rotten Mistle guarded by a Brute Lost and a Mutated Lost.

The following are all the locations where you can find Isis Vestiges in Code Vein:

Isis Vestige Part B
While staying in the Cathedral of the Sacred Blood, you need to head up the stairs and inside a tower on the right-side to find it.

Isis Vestige Part C
You need to continue straight from the Artifice Tower mistle and continue right to find an area with a missing railing. You need to drop down from the area to find it.

Isis Vestige Part E
You need to head to the Cathedral Parameter and take the ladder down. From the lower area, continue forward and head up again. You’ll find yourself in a room with a platform that contains the Isis Vestige Part E.

This marks the end of our Code Vein Vestiges Locations Guide. If you’re interested in learning more about the game, then you can check out our Bosses Guide, Haze Farming Guide, and Blood Codes Locations Guide.