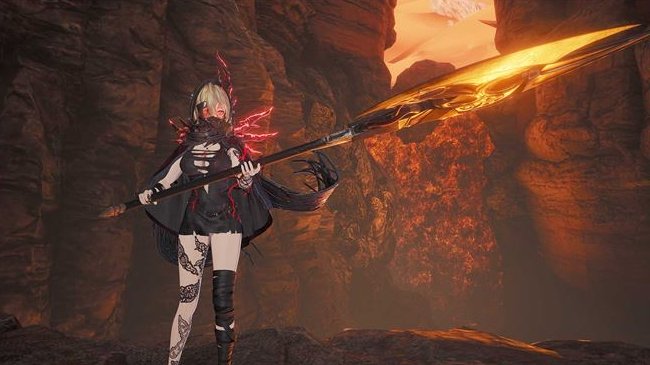 How To Unlock New Weapons In Code Vein Hellfire Knight

There are a couple of new weapons that have been added to Code Vein in the Hellfire Knight DLC. These weapons include Inferno Blade, Wrathful Balmung, Hellfire Pipe and Hellfire Hammer. The following is what you need to know about these weapons and how you can get them in Code Vein.

During the encounter, your health cannot reach 0 more than 3 times. If that happens then you will not get the weapon even if you manage to beat the boss. The following is how the Inferno Blade is described in Code Vein Hellfire Knight DLC:

A Single-edged sword scorched by hellfire. Light, with high strength scaling. Even with high strenth scaling, it is still very light. The crimson-burned blade houses a powerful flame that imbues the weapon’s charged attacks with fire.

Keep in mind that your health should not drop to 0 more than 3 times in order to get the weapon. The weapon is described as following in the game:

In order to get this weapon, you need to complete the Alpha and Omega Horror Hunting Trial. Do to that you need to defeat the Hellfire Knight by using the Pipe of Thralldom. You cannot use items to heal yourself during the battle and you cannot take any damage. As the conditions are strict, this is one of the toughest weapons to get in the game. The Hellfire Pipe is described as follows:

A club-like weapon warped by hellfire.

To get this weapon, you need to complete the Craftsman’s Hammer trial. To do this, you need to beat the Hellfire Knight with only hammers. Your health should not drop to 0 more than 3 times.

If you are interested in learning more about the game then you can check out our guide on how you can beat the Abyssal Doppelganger Boss.