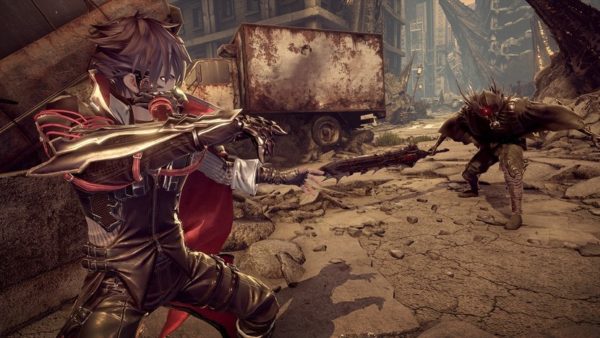 The PC version of the game is facing errors and issues like Code Vein crashing on startup, no sound, random crash, audio desync, dxgi_error_device_hung error, and more. I have compiled a list of errors that players are experiencing along with their fixes and workarounds.

Code Vein is another addition to the souls-like games but has an identity of its own and features unique gameplay. However, Code Vein PC is facing errors and issues like game crashing on startup, audio desync, stuttering, dxgi_error_device_hung, and more.

Players are reporting that Code Vein is crashing on startup or doesn’t launch at all. There are multiple reasons for Code Vein crashing at launch and here the fixes for them.

Before we dive into the fixes for the game crashing on startup, first try installing a different driver version. Sometimes, specific GPU drivers can create problems for games and cause them to crash at launch.

If the GPU driver isn’t the issue then it might not have admin rights. Right-click the game’s exe > Properties > Compatibility tab > check “Run this program as administrator”. Apply the change and should resolve the crash at startup issues with the game.

Some players are getting the following error when they try to play Code Vein.

Another reason for the Code Vein to crash at launch could be a thrid-party monitoring software like MSI Afterburner or GeForce Experience. Just disable them and the issue will be resolved.

If you have disabled MSI Afterburner and the game is still crashing, follow the instruction below.

There is another fix for the game’s crash at startup issue. Go to Steam folder > Steamapps > Code Vein > Engine > Extras> Redist > en-us. Run UE4 Prereq Setup.exe and if the prerequisites are already installed then uninstall and then reinstall them. Restart your PC and then play the game and it should be running fine.

Players are reporting that when they try to update the game, they get the “Content File Locked” error which doesn’t let them play Code Vein. There are two possible reasons for this error. One could be your anti-virus software or Windows Defender, the second could be that you don’t have read/write rights to the game’s folder.

If the issue is the lack of rights to the folder, then follow the instructions below.

Some players have reported that they are unable to change the Code Vein’s resolution and in-game options are pretty limited. To fix this, go to “%LOCALAPPDATA%\CodeVein\Saved\Config\WindowsNoEditor” and open Engine.ini in notepad. You can change the resolution through this file and save it. Launch Code Vein and it’ll be running on the resolution that you set in Engine.ini.

According to players, when they launch Code Vein on their dual display setup, the game displays on the wrong monitor. To fix this, go to your Steam library, right-click on the game > select properties > select “set launch option” > paste the following ad press OK.

According to some Code Vein players, their game randomly crashes and displays the “dxgi_error_device_hung” error. This error is probably popping up due to outdated GPU drivers. Update your GPU drivers to the latest version and the issue should resolve.

If the issue still persists then the game is probably a big load for your GPU to handle. You can fix this by either locking the game at 30 FPS or reducing the game GPU’s clock speed using MSI Afterburner. Ideally, you won’t have to lower the clock speed any more than 200 Mhz.

Note that I recommend 30 FPS for a consistent experience, however, players can set any value they want. It’ll be a trial and error to find with FPS value will fix the “dxgi_error_device_hung” error.

This is another Code Vein error that players are experiencing while playing. This error is apparently popping up due to the latest Nvidia driver. Rollback to a previous driver version and the issue will be resolved.

A lot of players are reporting the Code Vein is crashing randomly while playing. Here is the fix.

Follow these steps and the game will stop crashing randomly while playing.

This is another issue that Code Vein players are experiencing. According to players, when they launch the game, the game crashes to a blue screen of death randomly.

They can be resolved by just doing a clean installation of your GPU driver. If it doesn’t then try a different driver version and the issue will be resolved.

Players are reporting that they are getting no sound while playing Code Vein or getting partial audio. The reason for this could be the wrong audio channels selected for the game.

To fix this open Control panel > Sound > Select your active audio device > click on “Configure” > select stereo and follow the setup. This will resolve your no sound or partial audio issue.

Players are experiencing audio stuttering while playing Code Vein which eventually results in audio desyncing for the game of the cutscene.

This can be resolved by locking the game at 30 FPS. To do so open Nvidia Control Panel > Manage 3D Settings > Program Settings. Select the game from the list and set Vertical Sync to “Adaptive half refresh-rate”. Start the game, go to video options and disable v.sync. This will lock the game at 30 FPS.

Stuttering and low FPS is an issue with Code Vein. Here are a few things that might help you fix low FPS and eliminate stuttering.

This will eliminate stuttering and will possibly give you an FPS boost. If the stuttering still persists or you aren’t content with the FPS you are getting then there is another thing you can do to boost FPS.

If you have at least a GTX 10 series GPU then follow the steps mentioned above and set “Vertical Sync” to “Fast”. Start the game and disable in-game vertical sync and display more should be set at Fullscreen.

Fast sync sort of mimics Freesync or G.sync as it allows the GPU to render as much FPS as it can, provided a capable CPU and GPU, without screen tearing.

However, max FPS displayed will not exceed max FPS supported by your monitor. Meaning, if you have a 60 HZ monitor then Fast sync will only display 60 FPS even if the game is being rendered at 70 FPS.

That is all for our Code Vein fixes for issues like the game crashing, crash at launch, dxgi_error_device_hung error, no sound, and more. If you are facing errors and issues with other PC games or your PC then also see our hub for commonly occurring PC errors and their fixes.