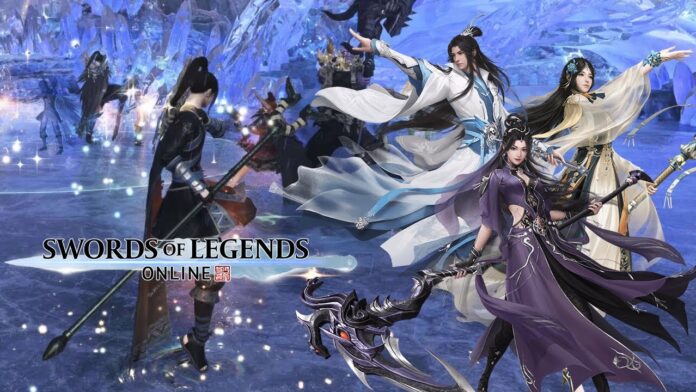 Picking The Right Class In Swords Of Legends Online

The following are the different classes in Swords Of Legends Online and what you need to know about them:

Summoners can summon spirits and use spiritual energy to damage enemies or help allies in combat. Nature’s Wrath is the ranged summoner that can summon creatures to deal damage and keep the Summoner itself out of harms way. Nuwa’s Blessing is the support summoner class in Swords Of Legends Online. It can summon a healing fairy and heal allies over time.

Spearmasters, as the name implies, use a spear. They can also summon different constructs to aid in battle. Spearmasters can also repair damaged gear in exchange for some gold. The Phalanx is the tank subclass. The Phalanx can dash forward and pull enemies in order to divert attention from other allies. It can also summon a shield wall to reduce incoming damage taken by the team.

The General is the melee subclass. This class can use their spears to launch enemies into the air. You can deal damage to enemies while they are in the air.

This class can do a lot of damage and it can also turn into a wolf that can be mounted by allies. The class can ride its sword as well which is a fun thing to do. The Slayer is the melee Berserker class. Some attacks of the Slayer can summon phantom warriors that are also going to damage enemies. Drunken Master is the tank Berserker class that has higher HP and can take a beating. The tank can block incoming attacks and can summon a wolf that frenzies enemies.

Spellswords have unique abilities such as teleportation. So they can move teams from one location to another quickly. Sword Artist is the ranged subclass and can throw swords at enemies from a distance. The subclass can push enemies back and can teleport to swords placed around the battlefield.

Bladestorm is the melee subclass. This subclass can move on the battlefield very quickly and can even stun enemies.