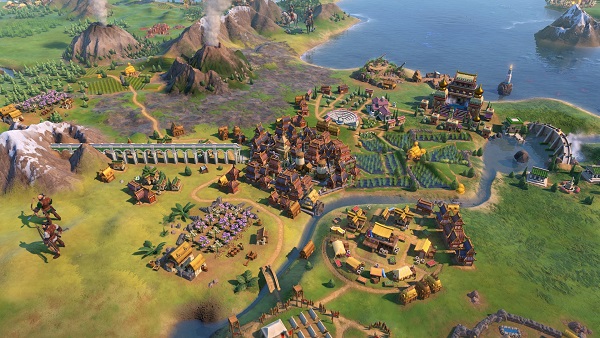 War Weariness is an important concept in Civilization 6 that you should know about if you actively participate in wars. The mechanic reduces the happiness of your people and causes them to rebel against you. In this Civilization 6 guide, we will walk you through everything you need to know about War Weariness, what causes it, and reducing it.

While war may appear as the only solution on paper, engaging in it reduces your nation’s happiness and productivity. These negative effects continue to increase if you wage war on foreign territories or get your units killed. The biggest contributor to War Weariness in Civilization 6, however, is either by launching a nuke on a nation or being hit by it.

Despite all this, if you still engage in warmongering, you will gain negative Amenity which will, in turn, lower your city’s growth and productivity. You can refer to our City Growth Guide to learn more about improving your city’s growth rate. If you are unable to counteract, having negative Amenity will cause your people to rebel against you by attacking your units. It can bring about the end of an empire.

There are a few ways of decreasing the effects of War Weariness in Civilization 6. The best way of reducing it is by not being at war with anyone. It still continues to decrease even after you are in the constant state of war but the rate at which it decreases it negligible.

It is also important to note that while playing as Alexander, no War Weariness is accumulated at all. Engaging in war in your own territory when using Defense of the Motherland also negates War Weariness. Aside from this, using Policy Cards such as Propaganda and Martial Law reduce the effects by 25% each.

This is all we have got in our Civ6 War Weariness guide. For more help on the game, you can check out our detailed Civilization 6 wiki guides.