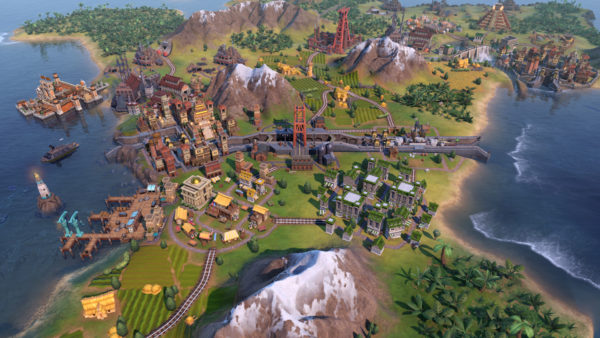 Civilization 6 PC is facing errors and issues like the crash at launch, black screen, high CPU usage, stuttering, and more. Here I have compiled a list of errors and issues with the game along with their fixes and workarounds.

Civilization 6 is the latest entry in the long-running franchise and the developers are supporting the game with expansion and DLCs like Gathering Storm. However, PC players are reporting errors and issues like game crashing, black screen at launch, and more.

Players have reported that when they launch Civilization VI, the CPU usage goes 100% while the GPU is barely being used 5%. The fact that CPU is being 100% utilized, it doesn’t have any headroom to utilize the GPU. In simple words, the CPU is bottlenecking the GPU.

If that is not the case then I suggest lowering the number of CPU cores that the game is using. Launch the game > open Task Manager > Details tab. Right-click on the game’s exe > Set Affinity and uncheck the number of cores that you don’t want the game to use. This will lower the CPU usage.

Civilization 6 players have reported that when they launch the game they either get a Fatal Error or the when they play the game, it just goes back to the main menu.

Black Screen is a common issue with PC video games and Civilization 6 is no exception. Players have reported that when they launch the game, they get the black screen while they can hear the audio in the background.

Launch the game and when the black screen appears, press “Alt + Enter”. The game will go into Windowed mode and will start to display. Go to the video settings and set the proper resolution to play in fullscreen mode.

If that is not the case with you, then updating the GPU drivers might fix the issue as older GPUs sometimes cause problems with games, especially if you are playing the game on an updated version of Windows 10.

Apparently, Civilization VI has an issue with new drivers for AMD and Nvidia GPUs. Just roll back to an older driver version and the issue with be resolved.

Performance is a common issue with PC video games and Civilization 6 players are reporting performance issues like stuttering and low FPS, especially after updating Windows 10. Here are a few things that will help you fix the performance and stuttering.

First, make sure you have installed the latest GPU drivers and there is no background process that is using too much of your CPU, GPU, or HDD.

However, the results are varying depending on the system. For some Windows users, their games start to stutter after enabling the Game Mode. In my experience, enabling game mode fixes stuttering. But, if you are facing stuttering with the game and have enabled game mode, then just disable it.

If the game mode has done nothing to improve performance then roll back to the previous Windows 10 build.

In case, Civilization VI performance issues continue to persist then here is what you can do. Open Nvidia Control Panel > Manage 3D Settings > Program Settings > select the game from the drop-down menu. Make the following changes.

According to Civilization 6 players, the game crashes as soon as they launch and for some, the game doesn’t even launch. Here are a few things that will help you fix the crash at launch issue with Civilization 6.

One reason for the game to crash is the lack of administrative rights. First, of all make sure you are playing the game with an admin account for Windows. Right-click the game’s exe > properties > compatibility tab > check “Run this program as administrator”. Apply the change and do the same for Steam’s exe. Launch the game and the issue will be fixed.

Using third-party monitoring software like MSI Afterburner or GeForce experience can also cause the game to crash. Diable any third-party tools you are using the game will stop crashing at launch.

That is all for our Civilization 6 fixes for errors like the crash at startup, stuttering, fatal error, and more. If you are facing other errors and issues with your PC then also see our hub for commonly occurring PC errors and their fixes.