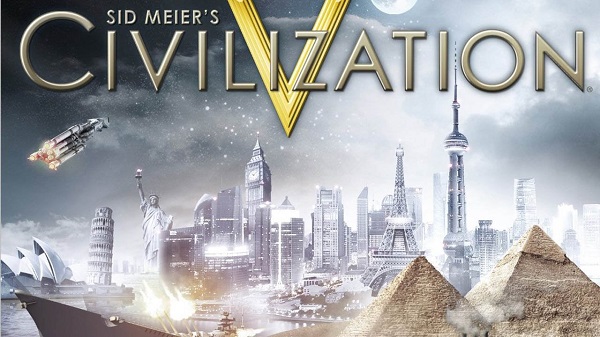 It’s been almost a decade since Civilization V launched. The game is still going strong with a healthy player base. However, the Civilization 5 PC version is still facing errors like Error 53, RunTime Error, disk write error, Version Mismatch error, and more.

Some Civilization 5 players are reporting that when they launch the game, they get the Error 53 and are unable to play the game.

One reason for this error could be the anti-virus, temporarily disable your anti-virus and the game should work just fine. If the error still persists, then change the download location for Civilization V and Error 53 will be fixed.

According to players, the game crashes randomly while playing. Some players have reported that there is a certain point on the map, if too many troops pass through there, the game just crashes.

If you are getting this issue then chances are you are playing an older version of the game. Update Civilization 5 and it won’t crash again. To do that, go to your Steam library > right-click the game > properties > Updates tab > select “Always keep this game up to date”. Steam will then update the Civilization V and the issue will be resolved.

Civilization 5 players are reporting the runtime error when they launch the game. The following is the error they are experiencing.

Runtime Error! …… DX11.exe
This application has requested the Runtime to terminate it in an unusual way. Please contact the application’s support team for more information.

To fix this, go to Steam\steamapps\common\Steamworks Shared. Install both x64 and x86 versions of vcredist and also install DirectX. This should fix the problem.

If you are still getting the Runtime Error, then you save files are corrupt. The only thing you can do now is starting a new game and disable cloud synchronization so that your new save files won’t get corrupt. Go to your Steam library > right-click the game > properties > Updates tab > uncheck “Enable Steam Cloud synchronization”.

Type in “steam://open/console” in your browser. Click on “Open link” and a console will open in your Steam app. Now type in the following commands in the console and press enter after each command.

Once the download is complete, it’s time to locate the Civilization 5 folder and the folder where the previous version has been downloaded.

To do that, you need to close both Civilization V and Steam. Open the X11 terminal or any other terminal you prefer and type in the following.

Of course, you now need to stop the game from automatically updating the newer version and cause the error again. To do that, go to “Steam/steamapps/appmanifest_8930.acf”, open the file in an editor and change StateFlags” parameter to “4”. This will fix the Version Mismatch error for Civilization 5.

PC video games often face the crash at startup or game not launching issue and Civilization 5 is no exception. Here are a few fixes and workarounds to fix the issue so that players can enjoy the game.

PC games often crash if they don’t have administrative rights. Right-click the game’s exe > Properties > Compatibility tab > check “run this program as administrator”. Apply the change, launch Civ 5 and the issue will be fixed.

Your anti-virus software or Windows Defender might be blocking the exe file by falsely detecting it as a Trojan. Either disable the anti-virus or exclude the game’s folder from it. This will fix the crash at the launch issue.

Using third-party software like MSI Afterburner or GeForce Experience can also cause the game to crash. Disable any third-party utility you are using and the game won’t crash.

If you are using MSI Afterburner and disabling it hasn’t fixed the issue then follow the steps below.

According to players, they are unable to download the game or update the game on Steam as they get the Disk Write Error.

Lack of Administrative rights can cause this error. Right-click on Steam.exe and select “Properties”. Go to the “Compatibility” tab and check “Run this program as an administrator”. Apply the setting and error should be resolved.

In case the error is still occurring, open CMD and run it as an administrator. Type the following commands and press enter after each command.

If the above fixes haven’t done the job then go to “Steam/logs/content_log”. Scroll down and look for “failed to write”. Open the file and it has paths to some corrupted files. Follow the path and delete the corrupted files.

Performance issues are bound to pop up given that there so many PC configurations out there. Here I will note down the fixes for stuttering, low FPS, and random FPS drops.

First, make sure you have installed the latest GPU drivers and there is no background process using too much of your CPU, GPU, or HDD.

As for the AMD GPU users, open Device Manager and disable the integrated graphics under Display Adapters.

Start the game, disable in-game v.sync and the performance issues will be fixed. If not, then follow the steps mentioned above but set Vertical Sync to “Fast”.

Some players have reported that they are receiving the “An error has occurred when updating game” message and are unable to update the game. This can be fixed by changing the game’s download location.

That is all for our Civilization 5 fixes for errors like Error 53, the game not launching, version mismatch error, Runtime Error, and more. If you are facing errors and issues with other PC games or your PC then also see our hub for commonly occuring PC errors and their fixes.