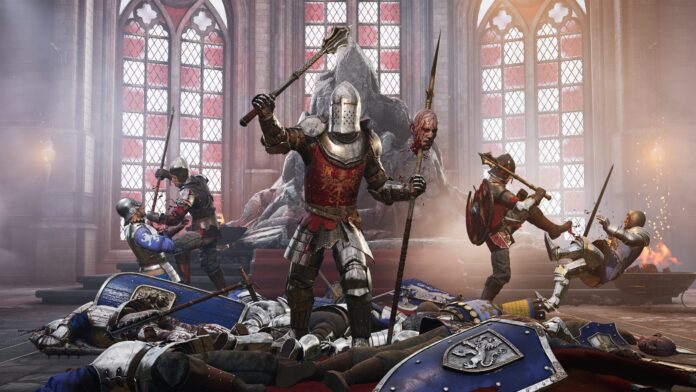 There is more than one class in Chivalry 2 that players can choose from. Each class differs from one another in terms of damage output, speed, stamina, and more. Vanguard is one of the classes in the game and this Chivalry 2 Vanguard Class Guide will help players with all of the sub-classes and their special abilities and how to play the Vanguard Class.

Vanguard-class in Chivalry 2 is suited for the players who like to move around fast and prefer a lot of stamina over health. Vanguard is an offensive class that happens to be quite mobile. With this class, players can perform a leaping strike that not only staggers enemies but also deals a high amount of damage.

Since players will be opting for Stamina over health with Vanguard, they can be easily killed. However, players can offset this by moving around and jumping in and out of combat quickly. Vanguard can recharge its special ability with sprint attack kills. There are three Vanguard sub-classes Devastator, Raider, and Ambusher.

The Devastator sub-class can wield two-handed heavy weapons and it won’t even affect its movement speed. Furthermore, the Devastator also has a knife as a secondary. Its special ability is throwing an Oil Pot to ignite the combat arena. The Devastator is certainly one of the sub-classes with the most damage output. However, its low health can get it killed easily.

The Raider sub-class in Chivalry 2 is a bit different than the other sub-classes. Raider doesn’t have a secondary or a primary weapon. Instead, this sub-class equips a primary weapon in each of its hands. As for the special ability, Raider can use The Trumpet to increase the health regeneration of nearby allies.

Ambusher is the fastest of the Vanguard sub-classes. This Vanguard can move really quickly and uses throwing knives as its main weapon. The Ambusher doesn’t have much range or damage output but, it can move really quick and deals extra damage when it attacks from behind. Its special ability is the Quiver that replenishes its ammunition.

That is all for our Chivalry 2 Vanguard Class Guide with tips on all of the sub-classes. For more on the game, also see our Knight Class Guide and Special Abilities Guide.