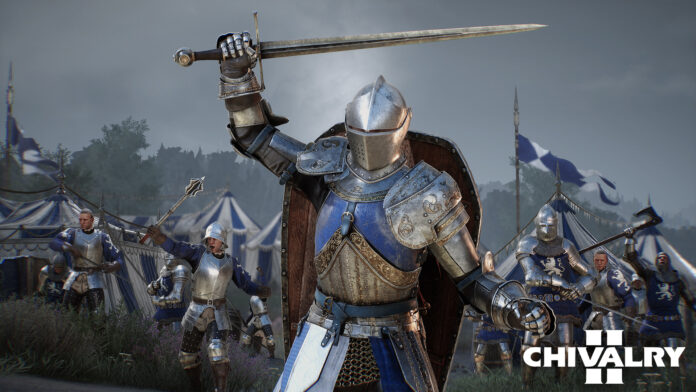 Chivalry 2 puts players in the shoe or armor of medieval knights. The game features a few unique classes and sub-classes. Each class differs vastly in terms of attacks and abilities. Knight is one of the classes that players can choose in the game. This Chivalry 2 Knight Class Guide will help players with the Knight class and its subclasses and how to play the Knight Class.

The Knight class in Chivalry 2 is for the players who prefer to inflict a high amount of damage. Knights have more health compared to other classes in the game. Knight can easily use any heavy weapon and take the most amount of damage.

However, all this strength and damage comes at the cost of speed. Knight is the slowest class in Chivalry 2. So, players need to time their attacks. Furthermore, Knight has 50% more dash cooldown. However, players can offset it by blocking attacks. Also, blocking attacks charges the Knight’s special ability, which changes based on the sub-class you are using.

Officer sub-class on Chivalry 2 is a good starting point as it’s well balanced with both offensive and defensive capabilities. This sub-class has throwing knives, powerful melee weapons, and The Trumpet special ability. Using the Trumpet increases the health regeneration of nearby allies.

The Guardian sub-class heavily relies on the shield, which means players will be blocking attacks a lot with this Knight sub-class. Blocking attacks also recharges the special ability which is a banner that heals nearby allies.

Crusader sub-class for the players who like offensive combat. This sub-class uses two-handed weapons and throwing axes. As for the special ability, it throws an oil pot that can ignite the combat arena.

That is all for our Chivalry 2 Knight Class Guide with tips on its sub-classes. For more on the game, also see Special Abilities Guide and How to Invite Friends In Chivalry 2.