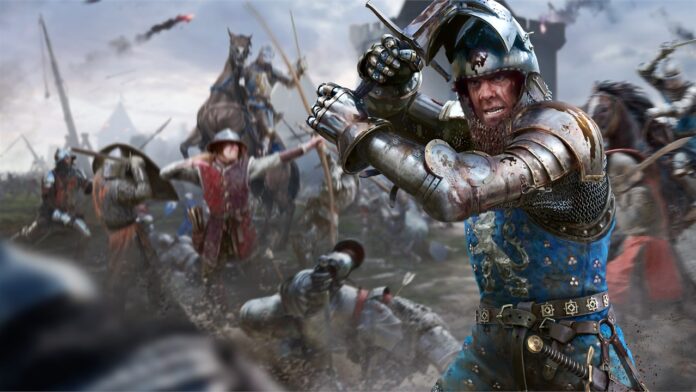 Chivalry 2 Crash, No Audio, And Fixes

Chivalry 2 is a multiplayer hack-n-slash fighting game. However, it’s not one of those games where players can just mindlessly swing their weapon. Players have to make sure they have chosen the right class, the right weapon, and time their attacks.

While the game is quite optimized but, PC players are reporting errors and issues with Chivalry 2 like in-game crash, crash at startup, audio stuttering, black screen, audio cracking, and more.

The following are the errors and issues that PC players are experiencing with Chivalry 2 along with their fixes and workarounds.

Chivalry 2 PC players are reporting that the game is crashing while playing. There are multiple reasons behind this issue and here is how to fix it. One reason behind the Chivalry 2 in-game crash is the use of third-party tools and software like MSI Afterburner and RGB software. DIsable any third-party software you are using along with Steam overlay and GeForce Experience overlay. This will fix the Chivalry 2 crashing issue.

Your GPU could be another reason why the game is crashing. First, reinstall/update the GPU driver and do a clean installation. This should fix the issue.

In case, the above fixes didn’t work for you then your GPU might be overclocked or old BS causing Chivalry 2 to crash. If the GPU is old, then use MSI Afterburner and drop the GPU clock by 100 MHz. Ideally, you won’t have to reduce the GPU clock by more than 200 MHz before the game stops crashing.

If the GPU is overclocked, then revert to the default GPU clock even if it’s factory overclocked. In case you don’t want to mess with the GPU clock, players can limit the game’s max FPS. If you are targeting unlocked FPS, then limit the game to 60 FPS. If the target is 60 FPS and the game is crashing then limit the game to 30 FPS to stop the in-game crash. Open Nvidia Control Panel > Manage 3D Settings > Program Settings > select Chivalry 2 from the list or add it if it isn’t there. Enable Max FPS Limit and set the value accordingly. This will reduce the GPU and CPU load and Chivalry 2 will stop crashing.

One reason for the black screen issue is the game’s resolution. Sometimes game launches at a higher resolution not supported by your display, causing a black screen. To fix it, launch the game and when the black screen appears, press “Alt + Enter”. The game will go into Windowed mode and will start to display. Then go to the video settings and set the proper resolution and players will be able to play Chivalry 2 in fullscreen without any black screen.

If the above fix didn’t work your GPU driver might be the reason. Update or reinstall the GPU driver and do a clean installation. This will fix the black screen issue.

For those experiencing the no audio issue, your OS might’ve set the wrong audio output device as default for the game. Open Settings > System > Sound > ‘App volume & device preferences’ under Advanced sound options. Make sure to select the sound device for Chivalry 2.

The culprit behind audio crackling in Chivalry 2 could be v.sync. Disable the in-game v.sync and close the game. Open Nvidia Control Panel > Manage 3D Settings > Program Settings > select Chivalry 2. Apply the setting, launch Chivalry 2 and the audio stuttering will be fixed.

As for those facing audio cracking or buzzing issues, open Windows Settings > System > Sound > click Sound Control Panel > a new window will open. Select your active audio output device > Properties > Advanced tab. There will be multiple sample rate options. This is a bit of trial and error. Either lowering the sample rate or increasing it will fix the crackling audio issue with Chivalry 2.

Apply these settings and players will see a noticeable improvement in the game’s performance.

That is all for our Chivalry 2 fixes for errors and issues like in-game crash, audio stuttering, crash at startup, black screen, and more. If you are facing errors and issues with other PC games or your PC then also see our hub for commonly occurring PC errors and their fixes.