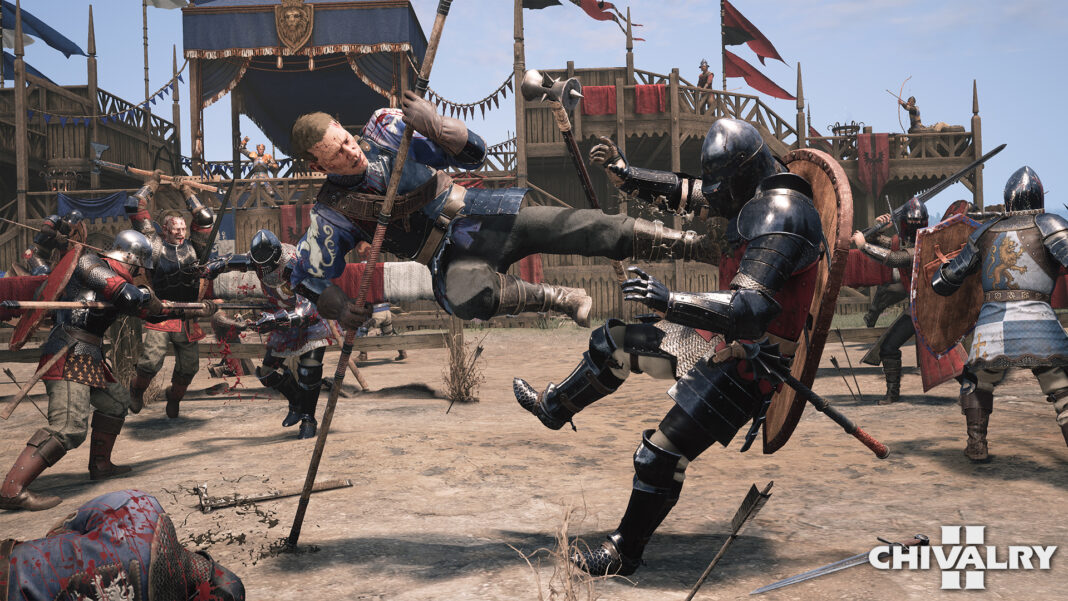 One of the best games I ever played is the first Chivalry and I couldn’t be more excited for the release of Chivalry 2. Based on my experience with the first game and some time I have spent playing Chivalry 2, I have compiled some helpful tips to get you started. This Chivalry 2 beginner’s guide will get you started on the right foot.

The most complex part of the game is its combat system so it is best that we start by discussing it first.

The Basics of Combat

The basics of its attack system revolve around the dash, quick stab, or perform a killer overhead attack. Master the parry system because you’re gonna be using it a lot. Parry is done through the right mouse button. However, you must know that parrying also drains your stamina but you can use this to your advantage. You can actually drain a blocking enemy’s stamina with ease.

While that is a great move, an even better one is to simply break your enemy’s defense with a swift kick. From there, you can land a few attacks to create a combo. Don’t get greedy though as it can backfire.

Studying your enemy’s attack is important as it allows you to copy the attack type.

Practice Makes All the Difference

Figure Out Your Enemy’s Class

One of the key components of success in Chivalry 2 comes from understanding what class your enemy is using. It is important to know the strengths and weaknesses. Some class weapons do more damage to certain classes. An example of this is the Vanguard’s Dane Axe dose 30% additional damage to Knights while it does 21% additional damage to Footmen.

You Can Throw Chickens

Press G to throw in Chivalry 2 but what are you going to throw, you ask? Well, there is a range of different weapons you can throw at enemies but none is more fun than a chicken which is among the random items you can throw at enemies. But fun aside, the most effective items are knives, oil pots, and you can even throw your primary or secondary weapons. In fact, you can pick up weapons from dead bodies and throw them at other enemies.

The battle can get really intense in Chivalry 2. There are people are around you but if you get yourself surrounded, you’re dead. So how to counter this? Don’t wander off on your on. Stay with your team for your best chance of surviving.

And that’s all the Chivalry 2 tips and tricks you need to get yourself started.