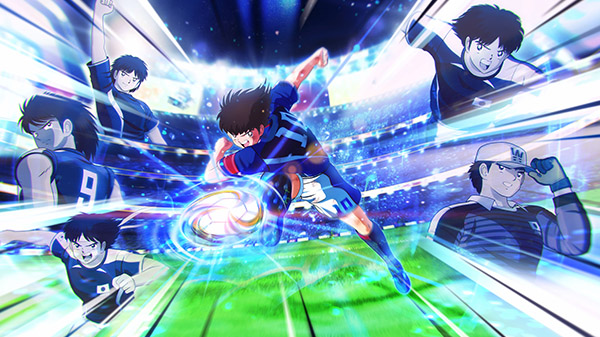 Bandai Namco has just announced that Captain Tsubasa: Rise of New Champions is going to come out later this year. There is not much that we know about the upcoming game but from what we have seen it looks like an Inazuma Eleven game.

It looks like the game is going to be action-packed with some fast-paced football and moves like the ones that we have seen in Inazuma Eleven. Fans are very excited as there is going to be a different football game out this year. If you are an anime fan and are tried of playing FIFA and PES each year then this is something different that you might want to look into.

Dennis Lee, Director of Brand Marketing at BANDAI NAMCO Entertainment America Inc had the following to say about the upcoming game:

The game is coming to the Americas and will be available on PS4, Nintendo Switch and even PC via Steam. There is no mention of an Xbox release but we could hear more about that in the future. The game is going to have Japanese voice over but will have subtitles in English, Neutral-Spanish, and Brazilian Portuguese.

For now, we have this cinematic. The actual gameplay is what fans are going to like to see next. It will be interesting to see what kind of mechanics Captain Tsubasa has to offer and how it will be different from other anime-based games.

Right now, there is no word regarding when this game is going to come out but it should release some time this year.

Let us know what you think about this game and whether or not you are interested in checking it out when it comes out.