RespawnFirst
Home Guides How to Get Captain Star Shield Armor Set in Ratchet and Clank... 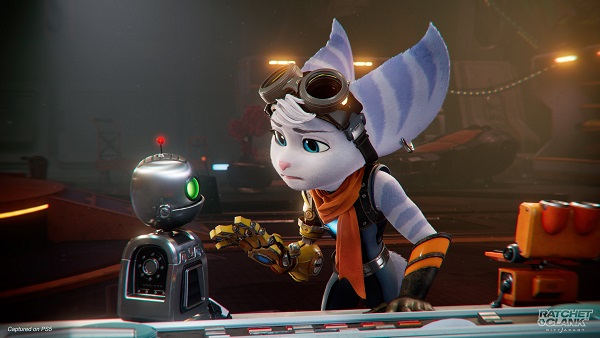 Captain StarShield armor set is unique armor set with three pieces for players to collect and equip in Ratchet and Clank Rift Apart. Each piece of the armor is found in a different location and it increases the overall XP, that you gain from doing tasks, completing quests, and defeating enemies. This guide will help you to know all you need about getting the Captain StarShield Armor Set in Ratchet and Clank Rift Apart.

The Chest piece of Captain StarShield armor set, also known as Hero’s Suit can be found on Cordelion at Kedaro Station. You will have to travel into the pocket dimension 08-08-08, this dimension is filled with life preservers floating all around the dimension. You can shoot these to make them expand, but you got to be quick with these as they shrink after some time. You can shoot them and carve a way for your character to reach the platform, where you will grab the Captain StarShield Chest armor. Gaining this Chest piece will increase XP gain by 10%, which means you now gain a total 15% XP bonus.

To find the Captain StarShield boots, also known as Hero’s Leggings in the game, you will have to go to Ardolis, at the Pirate base. After reaching the location, you will have to go into the pocket dimension 21-66-72. You will see the Hero’s Leggings at a distance on a platform, which is easy to reach. It would seem like you can just jump straight onto the platform and gram them, but this is not the case. You will have to grapple around through different hooks and reach the platform and grab the StarShield boots.

This is how you would collect all the armor pieces of Captain StarShield armor set. After collecting all the items, your XP bonus will be increased by 20%.