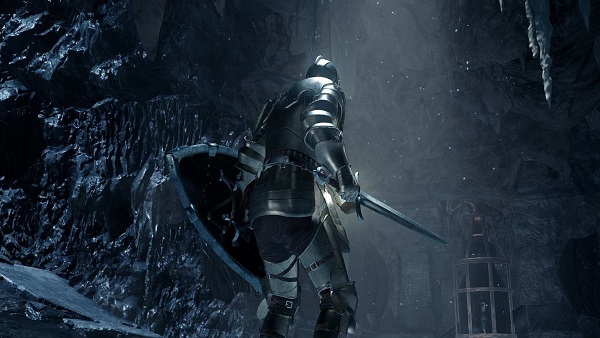 Remember Deep Down? The PS4 exclusive from 2013 that never saw the light of day? It is one of the games currently stuck in development hell. It is a game I was looking forward to, the concept seemed really interesting but sadly, we haven’t seen anything for years.

While looking for information about the game I noticed that Capcom abandoned the trademark for Deep Down back in 2017. The company didn’t renew or secure the trademark two years but back in late 2019, the developer registered the trademark once again.

To someone interested in Deep Down, this information provides hope that maybe Capcom has renewed interest in the game. Especially, now that we have next-generation consoles on the horizon, Deep Down could go back into full development but this time for PlayStation 5.

Recently, Capcom’s Yoshinori Ono spoke with Euromager and said that they haven’t “completely given up” on Deep Down. Ono stated that every year they look at the future projects they would like to work on and discuss if they should move forward with them. Capcom renewing the trademark after abandoning it in 2017, at the very least, indicates that the project is being examined.

Multiple times we have seen projects exit development hell and they often turned out great. Final Fantasy Versus XIII turned into Final Fantasy XV after a decade of development. Sony’s The Last Guardian was announced as a PS3 exclusive, skipped the entire generation, and finally released on PS4. Sadly, Rockstar’s Agent wasn’t as lucky and Rockstar Games even abandoned its trademark in 2018.

Rockstar Games was working on Agent for PS3, the title later transitioned to PS4, but nothing came of it. Eventually, Agent was scrapped by Rockstar and Take-Two. Well, at least Capcom hasn’t given up on Deep Down so sooner or later we might see this dungeon crawler again, fingers crossed!

Would you like Capcom to resume the development of Deep Down? Let us know in the comment below.