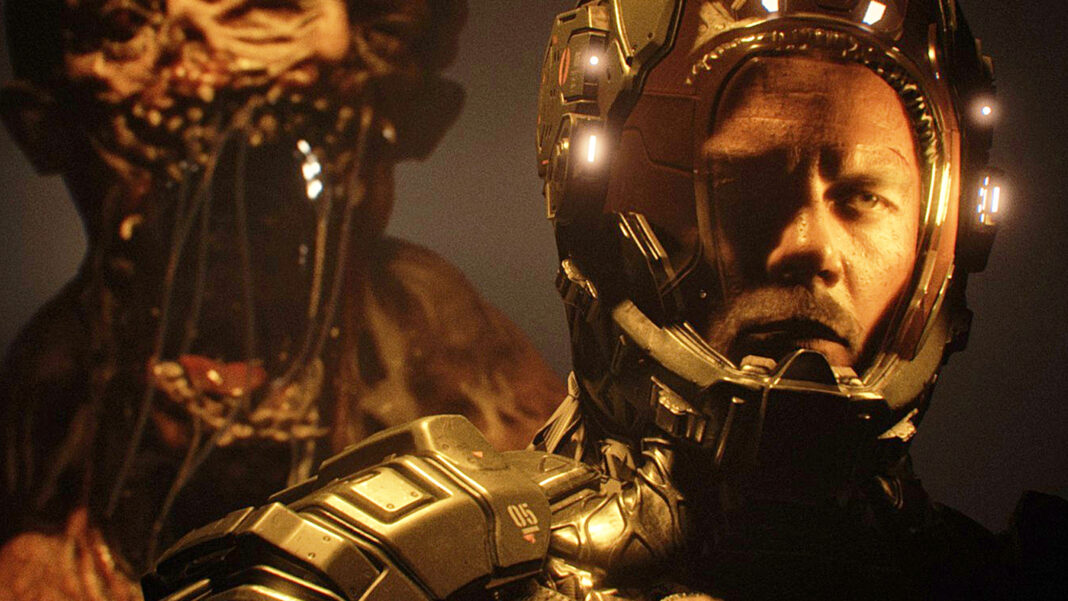 Callisto Protocol is one heck of a game regarding the survival-horror genre. This experience brings you all the extremes of brutality and terrifying helplessness. This guide will cover the upgrades you must equip yourself with when going up against the maximum security difficulty mode.

The game has set out three modes of difficulty Minimum, Medium, and Maximum security. Usually, the horrifying gameplay drops the guts of many to even go above medium security difficulty. Still, if you’re one of those who like to play with fire, we suggest you upgrade yourself with the items below to increase your chances of survival.

The first one to go for in The Callisto Protocol is the Stun Baton because the great thing about it is it’s no ammo and a vital damage feature. This will equip you with a never-ending weapon and allow you to beat up bosses that aren’t affected by bullets.

One of the best upgrades is “Damage Level 2” for a reasonable amount of 2700 credits. Besides that, “Blocking Feedback Damage” is a must, as it will make the stun baton release a retaliatory charge for the same price of 2700 credits. Additionally, getting a “Riot Control Swing”  upgrade seems necessary, as it allows you to target multiple enemies simultaneously.

The next best item to focus on is the Head Cannon. This beast of a weapon will be with you from the start of the game, so make sure to invest time and upgrade it gradually, as it will help you with its quick-fire rate in defeating enemies.

All you need to focus on for the maximum security difficulty in The Callisto Protocol is the “Stability Upgrade”. Getting this to max will benefit you, as high fire rate weapons lack stability. When they get stable and accurate, they make you ruthless and dangerous ten folds.

This weapon is also necessary to keep your eyes on. It will not only need any ammo but will send your enemies into rotating fans and platforms, destroying them instantly. The severeness and brutality of this weapon are why it works best in maximum security difficulty.

The two things to focus on with this weapon are the “Maximum Energy Upgrade” and the “Medium Velocity Upgrade”. Remember not to waste all your credits in upgrading things to the max without reason. You have limited credits to spend on upgrades in maximum security difficulty, so choose what you upgrade wisely. The upgrades mentioned earlier cost about 2700 and 900 credits, respectively. These will equip you with Max GRP capacity and launch strength.

No weapon stack is complete without a shotgun ready by your side. The Riot Gun is one of the best choices to remember when going for the maximum security level in The Callisto Protocol. It will give you perfect control over enemies marching toward you.

The “Stability Upgrade” and “High Capacity Magazine Upgrade” are the two upgrades to keep in mind for this weapon. These two will increase the recoil stability and the ammo range for the gun only for 300 and 900 credits, respectively.

If you’re looking for a weapon with a long-range, high ammo capacity, and good stability, then an assault rifle is the best choice when going into maximum security difficulty.

With this weapon, you can’t ask for more, as it can always support you during the game. If you’re looking to upgrade it, though, we suggest you go for the “Magnum Rounds Damage Upgrade”. This 1500 credits worth of upgrade will boost up the damage of the gun, increasing its kill rate.

This guide covered all the primary weapons and their upgrades to go for before going berserk with maximum security difficulty in The Callisto Protocol. Besides the weapons mentioned here, you can also keep an eye out for Tactical Pistol and Skunk Gun, as their Magazine and Rounds Damage upgrades can significantly increase your level. For more on The Callisto Protocol, see How to Kill Security Robot and How to Heal.