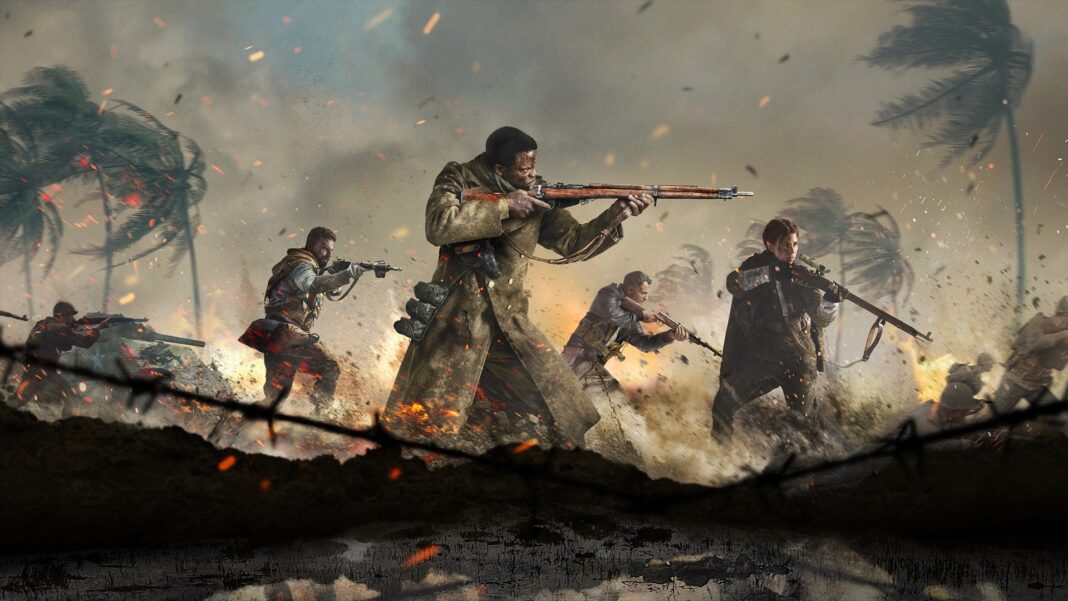 Call of Duty Vanguard is the latest entry in the long-running franchise that doesn’t show any signs of slowing down. In recent years, the launch of Call of Duty games on PC hasn’t been a really smooth one and Call of Duty Vanguard is no exception. Call of Duty Vanguard PC players are experiencing errors and issues like Dev Error 5573, in-game crash, Fatal Error, Error 887A0005, Error Code 0x00001338, Error 5479 U, error code Vivacious, Error 6068, low FPS, 0xc0000005(0) N, and more. Here I have compiled a list of errors and issues that PC players are experiencing along with their fixes and workarounds like how to fix Dev error 5573, how to fix the in-game crash, how to fix Error 6068, and more.

COD: Vanguard is the latest entry in the franchise from developer Sledgehammer Games. The game uses the same game engine as Modern Warfare 2019. The game only supports GPUs with DirectX 12. Since Call of Duty Vanguard targets 60 FPS on all platforms, the optimization of the game is quite nice. However, PC players are still reporting errors and issues with Call of Duty Vanguard like Dev Error 5573, in-game crash, Error Code: 0x00001338 (6328) N, Fatal Error, Error 887A0005, Error 6068, low FPS, error code Vivacious, and more. The following are the errors that PC players are experiencing with the game along with their fixes and workarounds.

Players can also try using the -d3d11 in the boot command line or launch options to fix the COD Vanguard error code 6068. However, the game doesn’t support DX11 so it probably won’t work.

If you are still experiencing Dev Error 6068, then try the following fixes.

These tweaks will fix the Error 6068 in Call of Duty Vanguard. However, if you don’t want to mess with the GPU clock or lower the graphics settings, you can try capping the game’s max FPS to reduce GPU and CPU load. This will fix Error 6068 but, it’s a bit of trial and error to find at which max FPS, the game becomes stable.

Call of Duty Vanguard PC players are reporting that the game is crashing while playing with Error Code: 0x00001338 (6328) N and here is how to fix it. One possible fix for this error is to go to the Documents folder and open the COD Vanguard folder. Delete the Players folder to fix the Error Code: 0x00001338.

Another possible reason behind the COD Vanguard Error Code: 0x00001338 (6328) N is the use of RTX or Ray Tracing. Disable ray tracing and the error will be fixed.

Multiple players have reported different fixes have worked for them to fix the error. Disable your anti-virus or allow the game through its exceptions. Diable any in-game overlay, like Discord, Geforce Experience, and more to fix the error.

PC players are also reporting that disabling any software that interferes with internet management, like IDM, fixes the error 5479 U. Furthermore, players have noted that closing Valorant’s anti-cheat if installed, fixes the error too.

If the above fixes don’t work, open Battle.net client > select COD Vanguard > Options > Game Settings > additional command-line arguments > add -d3d11 and click done. This forces the game to use DirectX 11 instead and DX12 and fixes the COD Vanguard Dev Error 5479 U.

According to PC players, they are experiencing Fatal Error while playing or launching Call of Duty Vanguard. For some players, the game error message tells them that their CPU doesn’t meet the minimum requirements to play COD Vanguard. This is because Call Of Duty Vanguard only supports CPUs with AVX instruction set. If you are using an old CPU that doesn’t have it, then you won’t be able to play it.

In case the Fatal Error doesn’t relate to your CPU, the error is probably occurring due to your GPU. Your GPU is either overclocked or having a hard time handling the game’s load. If the GPU is overclocked, then revert it to its default GPU clock.

If the GPU isn’t overclocked, then use MSI Afterburner and reduce the GPU clock by 50 MHz. Ideally, players won’t have to reduce the GPU clock by more than 200 MHz. This will fix the Fatal Error with the game. Alternatively, players can just limit the game’s max FPS to reduce the CPU and GPU load. Finding at which MAX FPS the game becomes stable is a bit of trial and error but, it’ll fix the Call of Duty Vanguard Fatal Error.

For console players, fully restart your PC, meaning turn off the console and unplug the power source for a while, like for 10 seconds. After that, plug the power back, start the console, launch COD Vanguard, and Error Code Vivacious will be fixed.

If the above fix didn’t work or you are playing COD Vanguard on PC, restart your router and make sure you aren’t using any apps in the background like music streaming or youtube as they could be using a lot of bandwidth and hindering the game’s ability to connect to its servers. This will fix the Error Code Vivacious for COD Vanguard.

Error Code 0xc0000005(0) N is another one of the Call Of Duty Vanguard errors that PC players are reporting and here is how to fix it. This particular error also caused a bit of trouble for Black Ops Cold War players. To fix the Error Code 0xc0000005(0) N, go to the Documents folder and open the COD Vanguard folder. Delete the Players folder and the error will be fixed. Alternatively, try to scan and repair the game. It’ll likely download a patch or update and the error will be fixed.

Call of Duty Vanguard PC players are reporting that the game is crashing with Error Code 0x887A0005. One reason behind this error is the use of Ray Tracing. Disable ray tracing and the error will be fixed. If you are experiencing the error on a non-RTX GPU, then try reducing the GPU clock by 150 MHz using MSI Afterburner to fix the error.

Call of Duty Vanguard PC players are reporting that the game is crashing while playing and here is how to fix it. One reason for the Call of Duty Vanguard in-game crash is DirectX 12. The game uses DX12 by default and doesn’t have any option in-game to change it to DirectX 11. But there is a workaround, open Battle.net client > select COD Vanguard > Options > Game Settings > additional command-line arguments > add -d3d11 and click done. This will fix the in-game crash issue with COD Vanguard.

However, in case you were using MSI Afterburner and disabling it hasn’t fixed the crashing issue then follow the steps below.

If the above fixes didn’t work, then your GPU is the culprit behind the in-game crashes. Check under “Fatal Error Fix” above to see what GPU tweaks you can do to fix the COD Vanguard in-game crash.

Call of Duty Vanguard PC players are reporting that the game is crashing with Dev Error 5573. Players have reported that using skins or outfits for operators other than the base ones causes the Dev Error 5573. Make sure your operator is equipped with the base skin and the error will be fixed in COD Vanguard.

Call of Duty Vanguard PC players are reporting that the game is crashing at launch or not starting at all. Here is how to fix the crash at launch issues with the game.

Before we start with the fixes, the game requires a CPU with AVX instruction set. Older CPUs don’t have support for AVX and won’t be able to run the game. Also, the game only runs on Windows 10 64-bit.

Your anti-virus might be blocking the game’s exe and causing the crash. Players can either disable real-time protection or exclude the game’s install folder from it, I recommend the latter. After that, scan and repair the game files, launch Call Of Duty Vanguard, and it won’t crash at launch.

Another fix for the in-game crash issue is to delete the Battle.net cache. Press “Windows + R”, type %ProgramData% and press enter. There will be a Blizzard Entertainment folder here. Delete the folder and the game will stop crashing.

PC video games often have performance issues like stuttering, low FPS, and more partly due to so many PC configurations in the market. Call of Duty Vanguard is no exception and PC players are reporting stuttering and low FPS issues with the game. Here is how to fix it.

First, make sure you have installed the latest GPU driver and do a clean installation. Also, check our COD Vanguard PC Optimization Guide for detailed tweaks on how to get the game running at 60 FPS.

Apply these changes and players will notice a significant improvement in the game’s performance and stuttering will be fixed too.