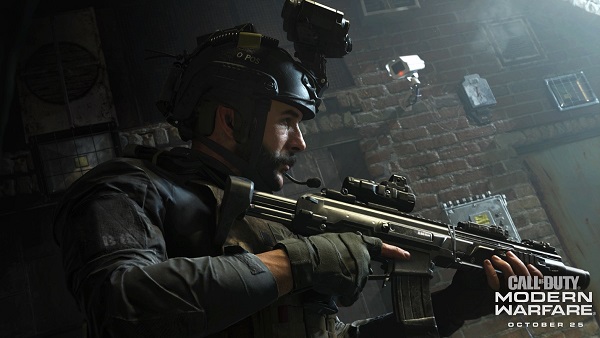 Camos in Call of Duty: Modern Warfare are a way to customize your weapon so that it looks cool and better than the weapons other players are holding. These camos can be unlocked in the Multiplayer Mode by playing a lot and gaining XP. Unlocking Modern Warfare camos can be very time consuming but they are worth it. This Camp Unlocks Guide will include all the details on camos in COD: Modern Warfare.

There are 10 basic and 3 unique camo types in Modern Warfare. If you want to unlock a camo for a specific weapon, you will have to use it only in Multiplayer Mode.

The more you play, the more XP you will stack up on it so more and more camos will unlock automatically. The 10 basic camo types are:

These are all good camos to use on your weapons but they aren’t unique. Now there are 3 unique camos in Call of Duty: Modern Warfare which are:

Gold Camo
To unlock the gold camo for a weapon, you will have to unlock all the other 10 general camos for the weapon first. After some more XP earned, the Gold Camo will be unlocked to equip.

Platinum Camo
Unlocking the Platinum Camo might take up a lot of time but it is worth the time spent. To unlock Platinum Camo, you will have to unlock the Gold Camo for the entire weapon class your weapon is from.

For example, if you want Platinum for M4A1, you will have to get gold for all other Assault Rifles in the game.

Damascus Camo
The last unique camo class you can unlock is Damascus camo. Unlocking Damascus camo is by far the hardest and most time-consuming. The Damascus is the best camo in the game and requires you to unlock Platinum for all the weapon classes available.

Once you have done that the Damascus camo will be unlocked to equip. Getting Damascus will require you to grind a lot in the game and by the time you acquire the camo you might be a master in the game.

This is how you unlock all the Weapon Camos in Call of Duty: Modern Warfare. For more help on the game, be sure to check out our Create-a-Class Guide, Operators Unlocks Guide, and Killstreaks Guide.