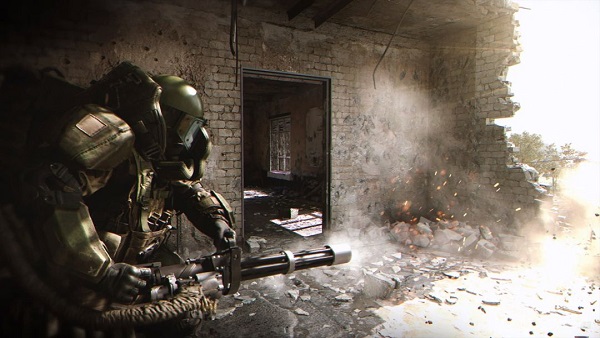 With the reveal of Call of Duty Modern Warfare, Gunfight mode came some questions. We saw two factions mentioned during the gameplay reveal footage, Allegiance, and The Coalition. At the time we couldn’t understand what these factions were and how they worked but thanks to Joel Emslie, Studio Art Director at Infinity Ward, we now have a better understanding of the system.

According to Emslie, both factions we saw during Gunfight are “super factions.” East and Western sections of the world needed two opposing forces. This allows developers to have sub-factions under each Super Factions.

Those are the Super Factions. East and Western parts of the globe. Needed two opposing forces to hang over everything. This allows us to have Sub-faction Squads under each super. Sub-Factions can be specific traditional squads or special forces multinationals like a task force. For example in reality Seal squads might add a PJ for a medic or an Air Force member for comms or airstrikes. I’m over simplifying but I think you can get an idea of how the structure we are going with gives us freedom while keeping things as realistic as possible. We will go into detail later. There’s a lot of cool depth and lore in our Operator Teams.

He further explained that when he says “Medics,” he isn’t referring to classes like an RPG has healers.

For now, it isn’t confirmed if there are more Super Factions in Modern Warfare. However, it is confirmed that the game won’t have any Specialists.

Sub-factions will also get factions emblems.

If can’t tell, Call of Duty 2019 is heavily influenced by Rainbow Six Siege.

In case of inactivity in the first 40-seconds, a flag will spawn on the map. Get to the flag first to win the game.

Call of Duty Modern Warfare is releasing on PS4, Xbox One, and PC on October 25. The game is available to pre-order right now.