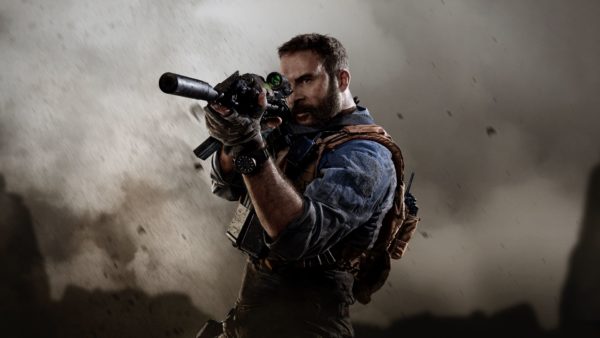 Call of Duty Modern Warfare 2019 PC version is facing errors like Dev Error 6071, Fatal Error, Dev Error 6068, high CPU usage and more. Here I have compiled a list of errors and issues that players are experiencing along with their possible fixes and workarounds.

Call of Duty Modern Warfare is a reboot that aims to revolutionize the COD franchise. With a completely revamped game engine, COD Modern Warfare features some of the best visuals of this generation.

However, the PC version of the game is facing errors and issues especially after the launch of Moder Warfare Warzone like Dev errors, 100% CPU usage and more. The following are the errors and issues that players are experiencing along with their fixes and workarounds.

Players are experiencing Dev Error while playing Call Of Duty Modern Warfare. These errors range are 5761, 6065, 6068, 6071 and more. These errors can be resolved by just giving the game administrative rights.

Right-click on the game’s exe file> Properties > Compatibility > check “Run this program as an administrator” and hit apply. This should resolve the Call of Duty Modern Warfare crashes.

However, this is just a generic fix and this doesn’t resolve the crashes then refer to individual fixes below.

Players have noted that when they try to play Call of Duty Modern Warfare they get the “Ftala Disc read error [5.0]: ‘ui.ff'”. There are a couple of fixes for this error that might work for you.

The first fix you should try is to clean boot your PC, After that, Call of Duty Modern Warfare will start running. If this doesn’t work for you then just scan and repair the game files and it should work fine.

This is another Call of Duty Modern Warfare error that PC players are experiencing at launch. This error is most probabaly popping up for those who have overclocked their GPU.

Just revert back to GPU’s default clock speeds and disable any anti-virus program you are using. This will resolve the error.

This is a rather strange error that Modern Warfare players are experiencing. Follow the steps below to fix this issue.

This is another Call of Duty Modern Warfare error that players are experiencing. However, this error is popping up due to the latest GPU drivers, just roll back to an older GPU version and the error will be resolved.

This is another Fatal Error popping up for COD Modern Warfare players. One reason that you might be getting this error is probably due to an overclocked GPU.

If you have overclocked your GPU or own a factory overclocked GPU then revert it back to its default clock speeds and the issue should be resolved.

This COD Modern Warfare error can be fixed by reinstalling the game and clean install your my GPU drivers. At the time of writing, there is no other workaround for this DEV Error 6165.

The first fix is simple. With the Warzone update, for a lot of players, Modern Warfare’s priority is set at High. Start the game and then open Task Manager > Details tab. Right-click on the Modern Warfare exe and set priority to Normal. This will fix the game’s cashing issue.

If the game is still crashing then close Blizzard client. Open Task Manager and if you see agent.exe running, terminate it. Now press “Windows + R”, type %ProgramData% and press enter. A new window will open and if you find a Blizzard Entertainment folder then just delete it. Start Battle.net and verify game files. This will resolve the crash at launch issues for you.

According to Call of Duty Modern Warfare players, they are experiencing “Dev Error 6068 – DirectX encountered an unrecoverable error” while trying to play the game. To fix this error, make the following changes.

If you don’t like reducing the game’s settings then you can potentially resolve this issue by locking Call of Duty Modern Warfare at 30 FPS. Open Nvidia Control panel > Manage 3D Settings > Program Settings.

Select the game from the list and set vertical sync to “Adaptive Half Refresh Rate”. Apply the change, start the game and disable Vertical sync in-game and the game will be locked at 30 FPS. This will reduce the CPU and GPU usage resulting in stable performance.

According to Players, when they start Call of duty Modern Warfare it just crashes at launch or doesn’t launch without any error. Here are a few fixes that might help you.

If this doesn’t work for you, then the culprit might be third-party monitoring software like MSI Afterburner or GeForce Experience. Disable these and the game should work fine.

However, if you were using MSI Afterburner and disabling it hasn’t solved the issue then follow the steps below.

Here you need to edit two files namely config.cfg and config-C7XXXXXX.cfg. Open these files and look for “setcl 895653276”. Now check that the resolution in front of this line is the same as your monitor’s display resolution.

If it’s set to a high resolution then change it to your monitor’s native resolution. Save it and run the game and the 100% CPU usage will be resolved.

If the set resolution is the same as your monitor’s native resolution, then you can try locking the game at 30 FPS to reduce the CPU usage. Open Nvidia Control panel > Manage 3D Settings > Program Settings.

Select the game from the list and set vertical sync to “Adaptive Half Refresh-Rate”. Apply the change, start the game and disable Vertical sync in-game and the game will be locked at 30 FPS.

Reportedly, COD Modern Warfare 2019 sets its priority to high by default which causes the CPU usage to increase. One potential fix for this is that start the game and then open Task Manager > Details tab. Right-click on the game’s process and set priority to “Normal”.

That is all for our Call of Duty Modern Warfare fixes for errors like Dev errors, crash at launch, Fatal Error, Dev Error 6071 and more.