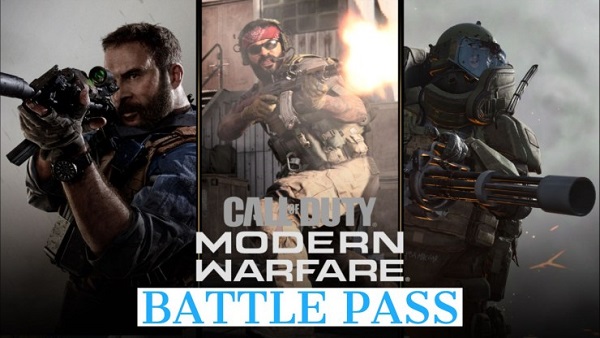 According to publisher Activision, players can earn battle pass tiers through a number of factions such as how much time you spend playing the game and how much XP you are able to able in that time. You can also complete various Modern Warfare challenges. This is the best way to get extra XP in Modern Warfare battlepass. Complete challenges and earn more XP and rack up more play time overall.

There is no clear way to progress it seems as many have reported different progression rates. This could lead to confusion over what exactly you need to do in order to optimize your battle pass progression in the time you play the game.

However, we have some ways you can level up your Call of Duty Modern Warfare progression and speed up the process of getting the best items.

The fastest and best way to level up your Modern Warfare battle pass is to focus on core game modes. Play the game modes you are best at, for example, I do well in TDMs so I focus on that the most. Gain as much XP as possible and grind your way to the top daily. Spend at least 2-3 hours playing Call of Duty Modern Warfare battle pass and you are gold. We do not recommend playing the 2v2 Gunfight mode as it doesn’t offer as much XP due to slim chances of winning; well, unless you are really good at it.

There are certain mission challenges in the battle pass itself that will unlock specific content embedded into tiers. These are the ones to focus on first. Once you complete certain challenges you will be given a calling card, blueprint or XP, or an emblem. This way you will move faster through the tiers and gain more loot for your trouble.

Skipping Tiers – Well, you can always spend some currency on the tiers to level up faster. You can choose to skip tiers by purchasing tiers in three ways. Well, the easiest to skip tiers is to purchase the Battle Pass and get a 20-tier skip right away. However, keep in mind that this will cost you 2400 COD Points. Another method is to get certain cosmetic bundles from the Call of Duty Store which allows you to skip 1-2 tiers. Last but not least you can pay 150 COD points to skip each tier.

Choose the Right Game Mode – As we discussed above, choosing the right game mode and how often you play the game is key. Always go with the game mode you are most comfortable with and have a good win/loss ratio. Still, if you need suggestions we say go with objective-based game modes as they offer a higher XP rate compared to others. Modern Warfare game modes such as Domination, Hardpoint, and Search & Destroy are lucrative to your cause of leveling up the battle pass. Shoot House 24/7 is also a great playlist to ensure maximum engagement in the shortest time possible.

Trials – If you are looking to get XP, this is the best way to do so. Trials won’t help your progress in challenges but can get you 10K XP for playing very little COD. Of course, you have to do very well in those games to make the most of this. This is by far the most effective and optimized way to level up your battle pass in Modern Warfare.

This marks the end of our Call of Duty Modern Warfare Battle Pass Level Up guide. If you need more help with the game check out our best weapons, and custom load-outs guide.