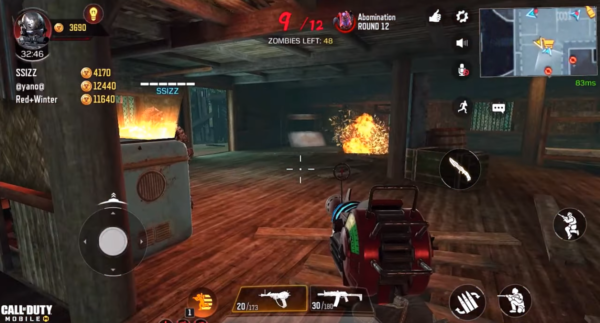 If you have played Zombies in COD in your life then you must know what a Ray Gun is. Ray Gun is very good for crowd control and “vaporizing” zombies. Ray Gun is one of the best guns in the mode against the zombies. Acquiring the gun isn’t hard at all because there is a convenient way of finding it. This guide will include all the details on how to get Ray Gun in Call of Duty: Mobile Zombies.

How to get Ray Gun In Call of Duty: Mobile Zombies

The Ray Gun can only be acquired through one way and this is to open up Mystery Boxes. Mystery Box is situated near the Buff Shop on the map. A single Mystery Box takes 850 coins to open and might give you a chance to get a good weapon.

Collecting the money won’t take much time but wasting 850 coins and not getting the Ray Gun will surely bum you out. But don’t worry as it won’t take many tries and you can have the Ray Guns in your hands my maximum three tries. You can just stand near the buff shop area and kill all the zombies that keep appearing and keep collecting coins.

Once the amount has been collected simply go back to the box and try your luck. After a few tries, the Ray Gun will be in your hand and you can start killing zombies. How the Ray Gun works is that instead of firing a single bullet straight at one zombie it fires a shot that blasts and does area damage.

As I said before the gun is really good when facing groups of zombies. It doesn’t kill enemies in one shot and it will take 2-3 shots to take out like 5+ enemies. Believe me, this is very neat and can be used very effectively. Once you have obtained the Ray Gun you can upgrade it for later on. Upgrading of will increase it’s blast radius and efficiency.

That is all for our Call of Duty: Mobile Ray Gun guide. If you are interested in learning more about the game then you can check out our guide on the best perks that you should use against zombies.