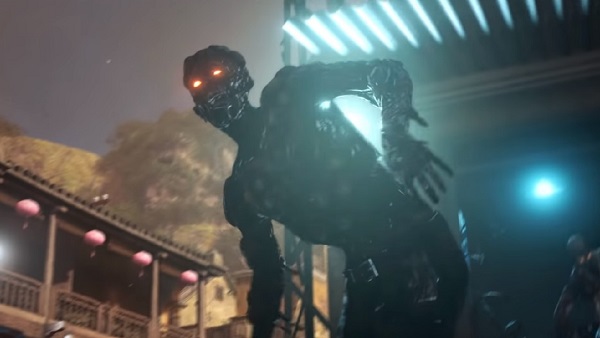 RAI K-84 Wonder Weapon is a powerful Wonder Weapon that players can find or craft in the Firebase Z zombies map. It can be acquired from the Mystery Boxes or has a chance to drop as a reward for completing the Legendary Challenges but the easiest way to get it is by completing the quest and crafting it yourself. In this guide, we’ve detailed everything there’s to know about where to find all the parts and craft the RAI K-84 Wonder Weapon in Firebase Z map for Call of Duty: Black Ops Cold War.

In order to unlock the RAI K-84 Wonder Weapon on the new Firebase Z map, the first thing that players will need to do is to turn on the power and activate the Pack-a-Punch in the Atrium. Without these steps, they won’t be able to find all the required parts needed to craft the RAI Wonder Weapon.

Unsure about how to do that? Feel free to check out our Turn on Power and Pack-a-Punch guides.

Step #2 – Getting the Eye
To get the second part required to craft the Wonder Weapon, players will need to head over to the eastern side of the map i.e. Scorched Defense. It’s a large area alongside a beach with a lot of tanks. Toward the bottom-right side of the area, players will find a zombie near a tank – it should be at 141 on the coordinates. Simply press the interact button while facing the zombie to start a small animation of you retrieving the Eye.

Step #3 – Scanning the Eye
Once the players have the Eye, they’ll need to take it back to the Weapon Lab and insert it into the scanner right next to the computer. Wait for it to complete the scan and pick up the Locker Key from the drawer directly underneath the computer.

Step #5 – Getting the Uncharged Power Cell
For the next part, players must progress through the round until they manage to come across an enemy called the Mangler – it’s the enemy that charges up his fist for a powerful attack. What players need to do is to shoot the fist while it’s charging to make it drop the Uncharged Power Cell.

Step #7 – Assembling the RAI K-84 Wonder Weapon
With all the parts in hand, players need to head over to the Workbench in the Weapon Lab to craft the Wonder Weapon. Remember that it can be upgraded using the Pack-a-Punch in the Atrium to further bolster its power.