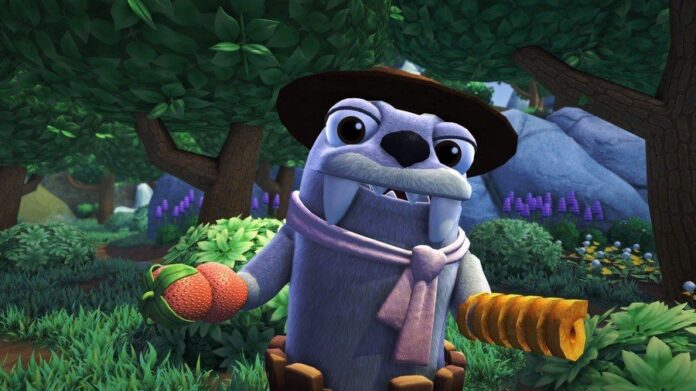 Bugsnax is one of the new games released for PlayStation 5. It certainly an exciting game with a lot of stuff for the players to do. One of the mysteries the players will have to solve in Bugsnax is the disappearance of Lizbert on Snaktooth Island. For that, players need to gather clues and in this Bugsnax Guide, we will help players with the locations of all of the clues.

To solve the mystery of Lizbert’s disappearance, players need to find clues. Where players can these clues in Bugsnax? Players will obtain clues by interviewing different Grumpuses while trying to convince them to come back to Snaxburg. Some clues are scattered throughout Snaktooth island for the players to find. In this Bugsnax guide, we will help players with where to find all the clues.

The first clue is the Bugsnax File which is given to players at the start of the game with Lizbert’s invitation to Snaktooth island.

The next clue is a Video Diary located inside Lizbert and Eggabell’s house in Snaxburg. The clue is on a table next to the projector.

The third clue is another Video Diary and is also located inside Lizbert and Eggabell’s house. The Video Diary is in Lizbert’s cabinet. Open the cabinet using Liz’s Cabinet Key obtained from Beffica interview.

The next clue is also located in Lizbert and Eggabell’s house and it’s a video diary. The Video Diary is in a chest located in the main room with the staircase. Players need to obtain the key by interviewing Chandlo to open the chest.

The next clue is again a Video Diary located in Sugarpine Woods. Players first need to interview Wiggle to obtain Sugarpine Woods Map. Get to the entrance of the Sugarpine Woods and from there go up the hill and past the Snorpy’s cabin. Go through the archway and go right as soon as you get to the other side and head down to the hilly area. When you see honey and leaves on the ground, go left and walk back towards the cliff where you’ll find the Video Diary.

The next clue is located inside Shelda’s hut in Snaxburg. Interview Shelda and players will be presented with a locked box. This box contains the next clue which is also a Video Diary. The box can only be opened with the Mystery Key which has to be obtained after interviewing Floofty.

The next clue is Strange Device Notes located in Snaxburg. This clue can be easily acquired by interviewing Wambu.

Half of a Code is the next clue that players will find inside Triffany’s tent in Snaxburg. Interview Triffany and players will be presented with Liz’s Locked Diary. The diary can be opened using the Diary key which can be acquired after interviewing Gramble.

The next clue is the Mystery Map which can be acquired by interviewing Snorpy.

That is all for our Bugsnax Guide on all the Clues Locations to solve the mystery of Lizbert’s disappearance and where to find these clues exactly. For more on the game, also see our How To Increase Inventory Guide.