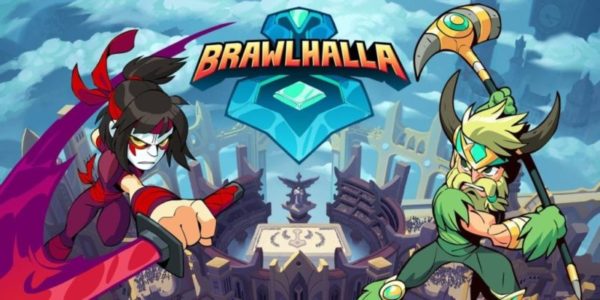 Brawlhalla PC is facing errors and issues like Fatal Error, crash at launch, Adobe AIR Cannot Be Found, missing executable, steam must be running, controller not working, and more. Here I have compiled a list of errors and issues with the game along with their fixes and workarounds.

Brawlhalla is a free-to-play platform fighter developed by Blue Mammoth Games. The game launched back in 2017 and has managed to create a dedicated following. However, the PC version of the game is still facing errors and issues like the crash at startup, Fatal error, Brawlhalla.exe stopped working, low FPS, and more.

The following are the errors that players are experiencing along with their fixes and workarounds.

Players are reporting that they are getting the “Fatal error detected and logged, sorry” while trying to play Brawlhalla. This error might be popping up due to your current driver version. Install a different GPU driver version and the Fatal Error will be fixed.

If you are playing Brawlhalla on a laptop with a dedicated GPU, maybe the game isn’t switching to the dedicated GPU. Due to the game using the integrated GPU, Fatal Error might be occurring.

If you are using an AMD GPU, open Radeon Settings > Preferences > Additional Settings > Power > Switchable Graphics Application Settings. Select the game and select the “High-Performance profile” to the game under Graphics Settings. This will fix the Fatal error for Brawlhalla.

Some players are reporting that after the latest Brawlhalla update, they are unable to play the game. They get the Game Couldn’t start (missing executable) error.

Your anti-virus/Windows Defender might be blocking the game’s exe file. Either disable the anti-virus or exclude the game’s install folder from it. After that, verify game files and the missing executable error will be fixed.

According to Brawlhalla players, they are getting “This application requires a version of Adobe AIR that cannot be found” error as they try to launch the game. This error is probably occurring due to the game not having admin rights.

Players are reporting that when they launch Brawlhalla they get the “Brawlhalla.exe Has Stopped Working” error. This is due to third-party tools or software having overlays like Discord and MSI Afterburner. Just disable these third-party tools and software and the error will be fixed.

Brawlhalla players using Mac OS have reported that after updating the OS to version 10.15 or higher, they are unable to play the game as they get the “An error occurred while updating Brawlhalla (unknown error)” error.

This is due to the fact that the game is 32 bit and the version of Mac OS doesn’t support the 32-bit version of the game. To fix this, you’ll have to roll back to a previous version of the Mac OS.

Open Steam > right-click Brawlhalla > properties > under “Steam input per-game setting” select “Forced On”. Apply the change and this should get the controller working.

If the issue persists then open Steam > Settings > Controller > General Control Settings. There will be multiple options, if you are using an Xbox controller then check “Xbox Configuration Support” and if Dualshock 4 then check the PlayStation option. Click Ok, start the game and controller will be working.

If the above fixed didn’t work for you then check out these troubleshooting steps to get the controller working with Brawlhalla.

Having low FPS, stuttering, and random FPS drops is common among PC games and Brawlhalla is apparently no exception. First, make sure you have installed the latest GPU driver and there is no background process using too much HDD, CPU, or GPU.

Brawlhalla players are facing audio issues where they either get no audio or they are getting crackling audio. Obviously, these audio issues ruin the game’s experience.

Open Setting > System > Sound > click “Sound Control Panel”. From the list select your active audio device > properties. For those facing no audio issue, go to the Spatial Sound tab and select “off”. Apply the change and the game’s audio will start working.

Steam Must Be Running Fix

Players are reporting that Brawlhalla crashes at startup or doesn’t launch at all. Here are a few things that might fix it.

The game not having admin rights could be causing it to crash. Right-click on the game’s exe > properties > Compatibility tab > check “Run this program as administrator”. Apply the change the game should start working without any crash at launch.

If the issue persists, then you might be using a third-party utility like MSI Afterburner which is causing the game to crash. Just disable any third-party tools or software you are using and the issue will be fixed.