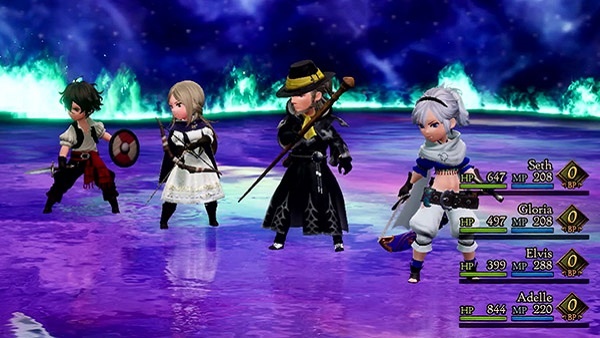 Belle of the Ball in Bravely Default 2 is an optional quest given by a woman near the stairs at Halcyonia during the daytime. This optional quest requires players to find a total of three Roc Tail Feathers which can be a little frustrating, especially for players who don’t know where to start looking for them. In this guide, we’ve detailed everything there’s to know about how to collect all three Roc Tail Feathers in Bravely Default 2 to complete the Belle of the Ball optional quest.

Belle of the Ball side quest in Bravely Default 2 is a fairly simple one. The optional quest requires players to collect a total of three Roc Tail Feathers in the game. This simple objective, however, is easier said than done. There’s basically no hint related to their location, which kind of monster drops them, etc. And so, players are kind of left in the dark. This is where this guide comes in.

In order to collect Roc Tail Feathers in the game, players need to defeat Roc. It’s basically a flying monster that’s red in color and has got a yellow tail. The only difficult thing about the quest is actually finding these creatures and a bit of RNG on the side. These birds can be a little hard to find and the feathers aren’t guaranteed drops.

Therefore, players will probably need to spend a lot of time farming them in order to get three feathers that they need to complete the quest. Or, they can get lucky with their RNG and find all three in under five minutes.

As for areas where players can find Roc in Bravely Default 2, it’s basically toward the far-right side of Halcyonia – the area that players will need to go through in order to reach the next city, Savalon. It’s there that the players will come across a flock of Roc.

Once found, simply kill them and see if one of them dropped a feather or two. If there aren’t any Rocs in the area, simply leave the place and visit it again. Once done, return to the woman to complete the quest.