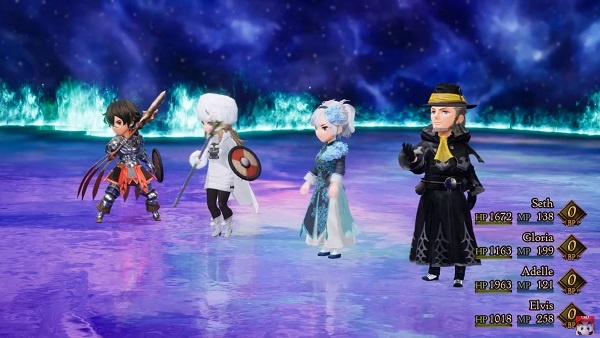 Remember that brainwashed characters that players needed to go through the entirety of Chapter #2. Let me present the one responsible for it all: Folie. In this guide, we’ve detailed a few tips and strategies that will players easily beat Folie in Bravely Default 2.

How to Beat Folie in Bravely Default 2

Similar to other boss fights in Bravely Default 2, Folie is also accompanied by a couple of her allies. These allies, however, aren’t nearly as bad as someone that join the likes of Galahad. First of all, let’s talk about the moves that Folie brings to the fight:

With that out of the way, let’s talk about weaknesses, immunities, and resistances that Folie has got:

After the fight begins, the first thing that players need to do is to get rid of the Golem using any water-based elemental attack. Players with the Berserker shouldn’t have any difficulty achieving that and it can make the entire fight go so much smoother. Another thing that players need to be wary of is Folie’s Chiaro ability that can easily burst through a squishy target. Keeping this in mind, players need to assign someone on the Healara/Helaga duty at all times. Failing to do so will make the fight more troublesome than it needs to be.

As for Folie herself, she’s incredibly weak to the Godspeed Strike which is one of the strongest abilities in the entire game. The ability, however, costs a massive 95 MP. Therefore, players will need to prepare for it in advance. Something like Gambler’s Jackpot ability can easily counter the lack of MP.

Once defeated, Folie will grant players the Pictomancer job.