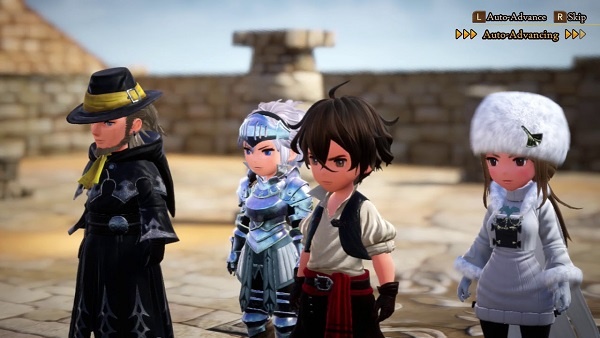 The Black Mage is a killer character in Bravely Default 2 and like other characters, it comes with its own job abilities and proficiencies. In this guide, let’s go through all Black Mage abilities, stat modifiers, weapon proficiencies, and specialties.

When playing as the Black Mage you will have a number of spells and abilities at your disposal. You can use some of them against one or all enemies depending on the battle situation. Using the right elemental spell you can do some serious damage to your enemies, especially during boss fights like Nightmare and Anihal.

When it comes to choosing the best abilities in Bravely Default 2, we recommend going with Poison and Lunar-Powered. As I mentioned above, abilities/spells often allow you to get the upper hand on bosses as many of them are vulnerable to them, especially Poison.

Meanwhile, Lunar-Powered is great while facing enemies during the night. When the sun goes down enemies are stronger so using Lunar-Powered to restore combat power at night is crucial to your character level progression.

If the abilities/spells and weapons proficiencies of the Black Mage impress you, you’ll be happy to know that this job class is an automatic unlock which means no grinding is required to have the Black Mage in your party. The Black Mage Asterisk unlocks early on in the game.

Bard class is great for providing buffs to your party members. Casting offensive spells isn’t the best way to go every time so having a supportive Black Mage would benefit. Meanwhile, the Freelancer gives even more options for taking on enemies. The best part of the Freelancer is its ability to uncover your enemy’s weakness and target it via elemental spells.

And that’s all you need to know about the best Black Mage job class abilities and weapon proficiencies. For more, check out the Bravely Default 2 Wiki.