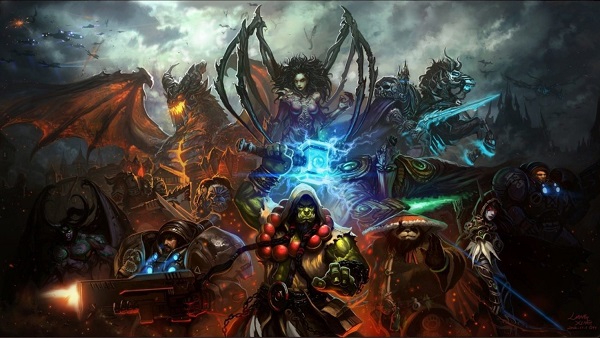 Blizzard is in hot waters right now and a major chunk of the worldwide gaming community is planning to boycott Blizzard, at least that’s what people are saying. Of course, such boycotts don’t last long but still, for those who are serious about quitting Blizzard, we have a great article today. Leaving behind games you love if tough and Blizzard games are extra hard to get out of. World of Warcraft, Hearthstone, Overwatch,  Starcraft 1 and 2, and others are loved by millions around the world.

But as I said, if you are serious about quitting Blizzard Entertainment’s games, we have great alternatives for each title. Blizzard games are special but not unique. There are many games that do what Blizzard titles deliver and in some cases, others do it better. In our article today we will share with you a list of what we think are the best alternatives to all of the major Blizzard games.

Blizzard games come in various shapes and forms, different genres, different gameplay designs. And apart from its own developed games, Blizzard.net now offers Call of Duty Modern Warfare. Thankfully, Destiny is out of the picture so we don’t have to look for alternatives. We’ll start with one of the best hero shooters in the world, Overwatch, and see what alternatives we have.

Overwatch is a genre-defining game and millions play it each month. However, as I said, Blizzard games are special, not unique; and the same is the case with Overwatch. Here are some great alternatives to Overwatch.

Alternatives for World of Warcraft

Well, this is a major game on our list. One of the biggest and oldest MMORPGs in the world, World of Warcraft. Leaving this one behind will be a tough move. Thankfully, there are some great alternatives for World of Warcraft.

If you are dropping Starcraft for a new RTS game, there a ton you can try and the good news is, the majority of them are pretty good; some even top Starcraft.

While it was great to be excited for Diablo 4, we are ditching Blizzard so no Diablo 4 for us. What there are multiple great alternatives for Diablo 3.

Well, Hearthstone is the game that began the controversy Blizzard is facing right now.  The eSports player that supported Honk Kong during a live post-match interview is a pro-Hearthstone player.

There are many alternatives to Hearthstone but you only need to know about one, Magic: The Gathering. If you are a fact of card games, this one is for you.

Alternatives for Heroes of the Storm

It is incredibly easy to find great alternatives for Heroes of the Storm. There many big ones you can play in.

This is it, all the alternatives we think would be perfect for you if you actually quit Blizzard Entertainment’s games.