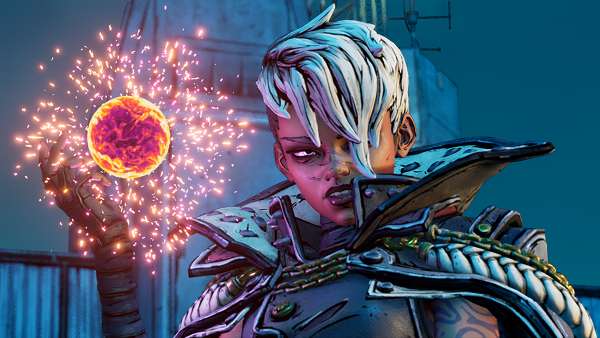 Similar to its previous iterations, Borderlands 3 features a ton of side quests for you to complete to earn money and rewards including cosmetics, weapons, and more. In this Side Missions Guide for BL3, we’ve outlined everything about finding these quests, suggested level, rewards, and a detailed walkthrough on how to complete all the side quests in the game.

In our Borderlands 3 Side Quests Guide, we’ve outlined everything about finding and completing all the optional missions in BL3.

The following are all the side missions you can complete in Pandora planet of Borderlands 3:

After speaking with Marcus, follow the yellow cable to learn that you need a fuse to fix the machine. Try to roam around the area and find a Skag’s spine – you simply need to kill one to get it. Once you’ve found one, insert it in place of a fuse and viola.

You’ll receive $225 and skin as rewards.

Side Quest #2: Bad Reception – Level 5
You need to speak to Claptrap about its broken antenna in the Drought region to start Bad Reception side quest. To complete this side mission, you need to head to different areas to collect parts to replace the old antenna – you can visit them in any order.

After you get to Old Laundry, make sure to jump up and press the crouch button to smash open the trap door and collect the Wire Hanger from the inside. Onto the Satellite Tower next.

You need to go to the main building in the area and shoot the Satellite Dish to grab the antenna. From there, head to the Old Shack, run and slide underneath the door to prevent it from barring your access.

Finally, go to the Sid’s Stop, talk to him, and destroy three of his satellite dishes. Once done, kill him to grab the last part you need: The Tinfoil Hat. With all items at your disposal, return to Claptrap and complete the side quest.

You’ll receive $422 for your troubles as a reward.

You’ll receive $377 and a chest as your rewards.

Side Quest #4: Under Taker – Level 7
Under Taker is one of the many Bounty Missions in BL3. You can start it from the Bounty Board in the Droughts. You just need to kill the targeted enemy, loot the area, and done. You’ll receive $530 and a Rare Weapon for completing it.

Side Quest #5: Skag Dog Days – Level 7
To start Skag Dog Days side quest, you need to speak to Frank at the Highway in the Droughts. After starting the quest, travel to the marked area to eliminate a Badass Varkid inside. Once you’re inside the trailer, you’ll find the Big Succ inside a box sitting in a trailer.

Use the Big Succ to get x5 Cactus Fruit and 5x Skag Meat for Frank. Once you’re done, you’ll need to eliminate Succulent Alpha Skag in a nearby cave. From there, you’ll need to travel to the Droughts, Highway and eliminate the thief Mincemeat and his two pets named Trufflemunch and Buttmunch.

Grab their meat too and return to Chef Frank to complete the mission. You’ll receive $795 and Eridium for completing it.

Side Quest #6: Head Case – Level 6
To start the Head Case side quest, you need to speak to Vaughn in the Ascension Bluff. After starting the quest, grab the head and take it to a nearby shed to access the simulation. In the simulation (which is basically the blue-version of the area), you need to collect a total of 4 Memory Fragments.

You’ll receive $473 and a random weapon drop for completing the side mission.

To start the Golden Calves side quest, you need to travel to Holy Broadcast Center to interact with a COV statue right outside it. This side mission requires you to find posters of Vaughn and get them to the 3D printing mill.

You’ll find all three posters in the Ascension Bluff region swarmed by COV enemies. Once you’ve grabbed all the posters, you need to take them to the 3D printing mill, eliminate all the enemies in the area, and print Vaughn’s statues.

From here, all you need is to find COV statues, shoot them, and replace them with Vaughn’s statues. Now return to Vaughn in the Droughts to complete the side mission. You’ll receive $445 and a Rare Shield for completing the side quest.

For this side quest you will have to reach  Devil’s Razor during the main story mission Blood Drive. Go and interact with Claptrap or the notice board in the area. This quest requires you to help remove a device that is jamming some of the  ECHOnet devices in the area.

Go and talk to Edgren in Roland’s Rest fast travel point. After talking to him go to the ECHO Repeater Center. In the area you will find a camp. Head to the backside of the tallest tower here and shoot the wooden barricade. Go inside the tower and interact with the computer inside. A door will open leading to the UG-THAK.

Your objective is to destroy it but you can’t at the moment. Go outside the tower to deal with COV and after that interact with marker tube like cylinders. Go inside once you have interacted with all of the tubes. Now the UG-THAK can be destroyed. Go back to Edgren and talk to him. The side will be completed and you will get $8958 and a unique sniper rifle.

For this side quest you will have to reach Devil’s Razor during the main story mission Blood Drive. Go and interact with the notice board in Roland’s Rest. The quest requires you to drive Pappy around the desert. Head the Lizzie who posted the quest and then hop in Pappy’s car in the garage. Head to the marked area and park correctly there. Your first objective here is to kill the insects like Milky Pawn, Milky Bishop, Milky Knight, Milky Queen.

Coin #1: After you fight the enemies on the bottom floor go left and you will reach some boxes. Jump up few of those boxes and you will get to your first coin.

Coin #2: Exit the bottom floor by using the stairs to go up. There you will see a box at a distance with the coon on top of it.

Coin #3: On the same floor go to the middle where you will have to jump onto a beam to get to the coin on some pipes.

Coin #4: After finding the third coin follow the pipes up. Go right towards some bigger pipe climb them up to to a fat pipe a climb that. Go up a steam beam to reach a broken pipe with the coin inside.

Coin #5: Climb the broken pipe you got the previous coin from. Go all the way to the end if the pipe and climb up the cliff. You will now reach an area where there are stairs up ahead. Go up the stairs and then jump to the silo. The is at the top of it.

After collecting all coins go back to Pappy. Now drive to your next objective which is the dentist. Knock on the door and Dentist Dan will come out. Kill him and get the loot drop. Go back to the car and take him home. Talk to Lizzie to complete the side mission and you will get the reward $5392.

Note: If you shoot to destroy the car with Pappy inside the side mission will end successfully and Lizzie will still give you the reward.

Our Borderlands 3 Side Quests Guide is still a work-in-progress. We’ll continue to add more side missions in the coming days. If you’re interested in learning more about the game, then be sure to check out our Amara Builds, Moze Builds, and FL4K Builds.