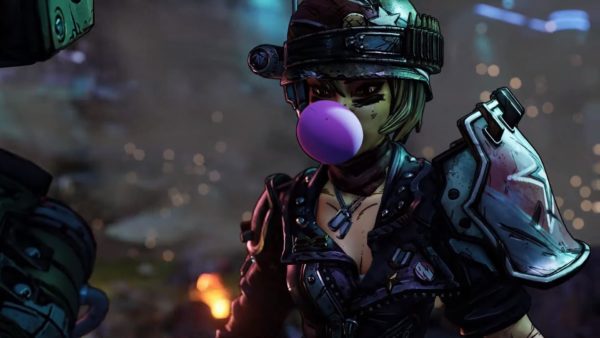 The following are the BL3 builds for Moze the Gunner that utilize her Action Skills, skills, and augmentations in different varying forms depending on the situation at hand.

You can combine skills from different skill trees in order to get the upper hand in the early part of the game. For this build, you need to use the Railgun and the V-35 Grenade Launcher weapons for the Iron Bear. The Railgun does area of effect damage and is ideal for taking out groups of enemies quickly with ease. Just be sure to get the Capacity Armature augment.

For the V-35 Grenade Launcher, use the Shaped Charge augment. This will increase the damage output when you land a direct hit. This combination will work well if you are playing in a party or solo. Use a combination of Thin Red Line with Desperate Measures to make the most out of this Moze build. Thin Red Line reduces health but it increases the shield. Desperate Measures significantly increases the damage output of guns.  This is an ideal combination to have if you are low on health. 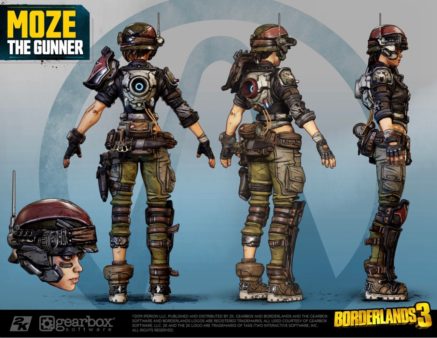 Go down the skill tree and get Tenacious Defense. This will regenerate a portion of your shield once it is taken down. This will also increase the damage output of your guns. You can combine this with Force Feedback which will start regenerating your shield as soon as you get a critical hit kill. If you can land critical hits most of the time then this is going to be a great build for you. All you need is practice and precision.

Tenacious Defense does not have any cooldown and that is why we recommend that you use it. You can do tons of damage if you can trigger Tenacious Defense over and over again. Plus you are not going to die.

Demolition Woman Build (Explosions All Around)

You can pair the Demolition Woman skill tree with Torque weapons to do a lot of damage. Torque weapons deal splash damage and in this Borderlands 3 Moze Build guide, we are going to focus on these weapons.  The Demolition Woman skill tree takes advantage of such weapons and you can take things to the next level with the Matched Set ability. This will increase your magazine size when using items from the same manufacturer. In this case that is Torque.

On Iron Bear, use the V-35 Grenade Launcher with Lock and Speedload augment. This will result in large burst fire and increased reloading speed. use Vanquisher Rocket Pods with the Active Tracking augment to lock on to targets and fire homing rockets. This is going to be a deadly combination with plenty of explosive damage for taking out large groups of enemies and bosses.

Add the Short Fuse passive ability to the mix which gives you a chance of a second explosion every time you do gun damage. Everything is already exploding so another explosion will just deal more damage and help in taking out additional mobs quickly and effectively.

For this skill tree, use double flame throwers to get close and burn enemies. The Fuel Economy action skill augment can be used to keep those tanks filled. It will also increase your movement speed which will allow you to get close enough to the enemies before they can do major damage. Using two salamanders results in a massive damage increase and also means that you can get a big damage increase from Specialist Bear which gives our Iron Bear +25% damage while equipping two of the same weapons.

When at the end of the skill tree, get the Forge ability which regenerates your ammo. This means that you are never going to have to reload. This applies to all heavy weapons including rocket launchers and grenade launchers.

This marks the end of our Borderlands 3 Moze Builds Guide. If you are interested in learning more about the game then you can check out Amara Builds Guide, Mods Guide, and FL4K Builds Guide.