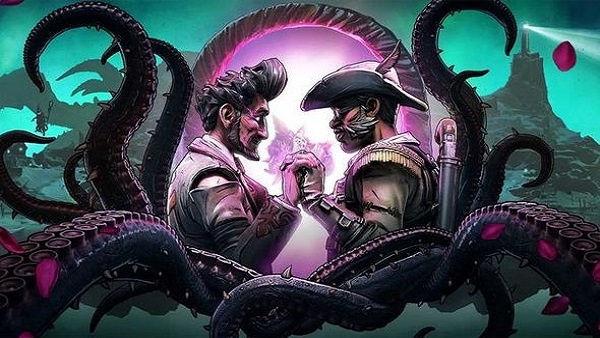 Borderlands 3 Guns, Love, And Tentacles DLC is releasing today but what’s new this time around? There is plenty of new content including a second campaign and legendaries.

The DLC revolves around the marriage of  Sir Alistair Hammerlock and Wainwright Jakobs. There is a new standalone story, new enemies and more.

To access the new DLC you need to buy the content. Those who have already purchased the Season Pass will unlock it immediately.

Borderlands 3 Guns, Love, And Tentacles DLC come with a new story for the player to explore. We have new characters, new enemies, and weapons. The loot you earn in the DLC will scale to your level. Your goal is to save the celebrations of the marriage. Your enemies are a band of occultists who worship a dead Vault Monster’s body. These creatures have tentacles.

Gaige is Coming Back

Those who played Borderlands 2 will remember Vault Hunter Gaige. The character is making a come back in the new Borderlands 3 DLC. She and her companion Deathtrap will join you in battle.

There is a new planet you’ll be visiting in Borderlands 3 Guns, Love, and Tentacles. The new planet is called Xylourgos which is a harsh frozen planet and is home to some vicious creatures.

Players who jump into the DLC will get brand new legendaries drops. While we don’t have details about what legendaries are coming, there are a handful of drops awaiting you including weapons and other items.

Along with new legendaries we also have cosmetic items for your vault hunter. Vault Hunter will get items for Heads, Skins, and even Room Decorations.

That’s all the new content coming to Guns, Love, And Tentacles DLC. Check the Borderlands 3 Wiki for more information.