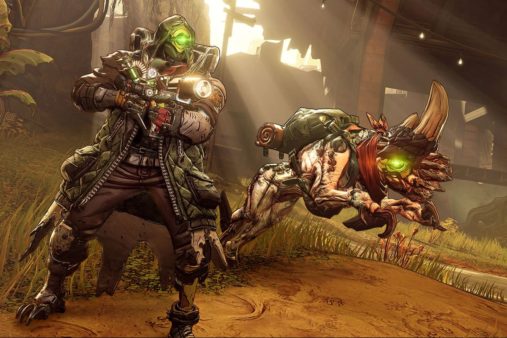 Among the four different playable characters in Borderlands 3, FL4K is one the most interesting one. Its skill tree is the same as everyone else and is made up of Hunter, Master, and Stalker abilities. You can mix and match to create your own unique build for Borderlands 3. Our Borderlands 3 FL4K builds guide will suggest best builds for FL4K.

If you are playing solo then this is the best character to play with. Its affinity for pets and shadow fade ability makes it a great option. You can also deal significant damage with FL4K if you combine its stealth skills with skills that boost critical hits.

To help you get the most out of your gameplay we are here with the FL4K Builds guide. In this section of the Borderlands 3 builds guide we will discuss multiple FL4K builds.

For early on in Borderlands 3 the “Critical Stealth” build is great for dealing extra damage, HP regeneration, survivability with FL4K. With this build your pet will take most of what enemies will throw at you, meanwhile, you can use the Fade Away ability to make sure you get out of dodge. Using Fade Away you can deal extra damage to tough bosses as allows you to fire three critical shots that deal significant damage to the enemy. You can circumvent this restriction by using Guerillas in the Mist augmentation. The last but not the least, use Unblinking Eye augmentation to boost your critical hit damage as you land successive shots.

FL4K can invest its skill points to get the pet up to par with the enemies. This build focuses on creating a beast out of your pet. Use Gamma Burst skill that helps create a Rift at any location you want. This allows your pet to teleport through the rift to flank enemies and deal with Radiation Damage. You can use this skill to revive your pet so there’s an added bonus.

So which pet to use here? Well, go with the Eridian Skag as it can increase damage and rate of fire. It can also use a singularity when you use Attack Command. The singularity pulls in nearby enemies and this makes your AOE ability more useful. Imagine what you can do by creating tight groups of enemies in a small area.

The Beast Build comes together nicely with the Dominance ability which is a melee Override Skill. This ability turns enemies your ally for a short period of time. Use melee attacks to hack enemies. The hacked enemy fights others but keeps getting damage from the hacking effect that lasts 12 seconds, more if it is a beast. However, keep in mind that you can only hack one enemy at a time and one enemy can only be hacked once.

The build can be found here.

If you want to use Rakks more frequently this is the right build for you. Rain down Rakks on your enemies and enjoy their suffering from the winged beast. Rakk ability lets Rakks come down on an enemy so when mixed with Flock N Load augmentation, you can send two additional Rakks to attack enemies. Use Rakkcelerate to reduce cooldown and send multiple Rakks more frequently.

The build can be found here.

This particular build for FL4K is intended to be a fast-paced aggressive build. This build will et you as many critical kills in a short span as possible.

This will result in Rakk cooldown to be shorter. For this FL4K build, you need the Anointed Perk and the following skills.

After deploying your Rakk, The Power Within Skill can provide 100% upkeep for its bonuses with just Rakkcelerate. Then the Head Count comes into capitalizing on the anointed perk and lasts for a short duration. Multipellet or Fast FR weapons are the best one to reduce the cooldown.

As I mentioned before, this is a fast-paced aggressive Fl4k build. Both Interplanetary Stalker and The Most Dangerous Game are the core of the DPS for this build.

Health regen is of the utmost importance and that is where The Fast and the Furryous, Rage and Recover, and Self-Repairing System comes in.

First of all, to get the full bonus of The Power Within you need to be at full health and that is where Self-Repairing System comes in.

As for the Rage and Recover, it will increase Rakk’s health with every enemy killed. Meaning, your pet Rakk will be indestructible if you play it right and that is our Rakk Hunter FL4K build.

This marks the end of our Borderlands 3 FL4K Builds Guide. If you need more help with the game check out Moze Builds, Amara Builds, and Zane Builds.