Body language expert Youtube channel “Believing Bruce” has analyzed the final stream of Dr Disrespect on Twitch and has come up with some interesting findings. The expert dived deep into Doc’s baseline emotional behavior and compared it to the moments after he checked his phone.

Dr Disrespect’s demeanor changed immediately after he checked his phone. According to one theory, Dr Disrespect got bad news, possibly related to his perma-ban and that immediately changed his behavior. It is best that you watch the video yourself rather than having me explain his findings. However, the gist of it is that the expert believes that Doc did indeed receive some form of bad news and there is a clear difference between his demeanor before and after checking his phone. There was something in the text or email that Doc’s brain saw as a threat.

The expert believes that Dr Disrespect wanted to say something but couldn’t. The popular streamer tried his best to remain calm but his body language is far from calm. The last time we heard from Dr Disrespect was a couple of days ago when he thanked the community for its support in a Tweet. Many expected Dr Disrespect to explain what’s going on but his Tweet left more questions for all of us.

For now, all we have are theories and suggestive evidence. Some think Doc is working with Shroud and Ninja to start a new streaming platform, others thought he was arrested, but the most likely cause is some sort of breach of contract. We won’t know for sure until a detailed statement is made by Doc or Twitch. 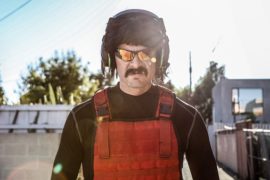 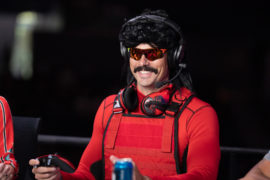 No, Dr Disrespect Is Not Arrested 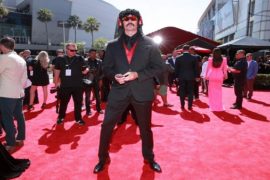